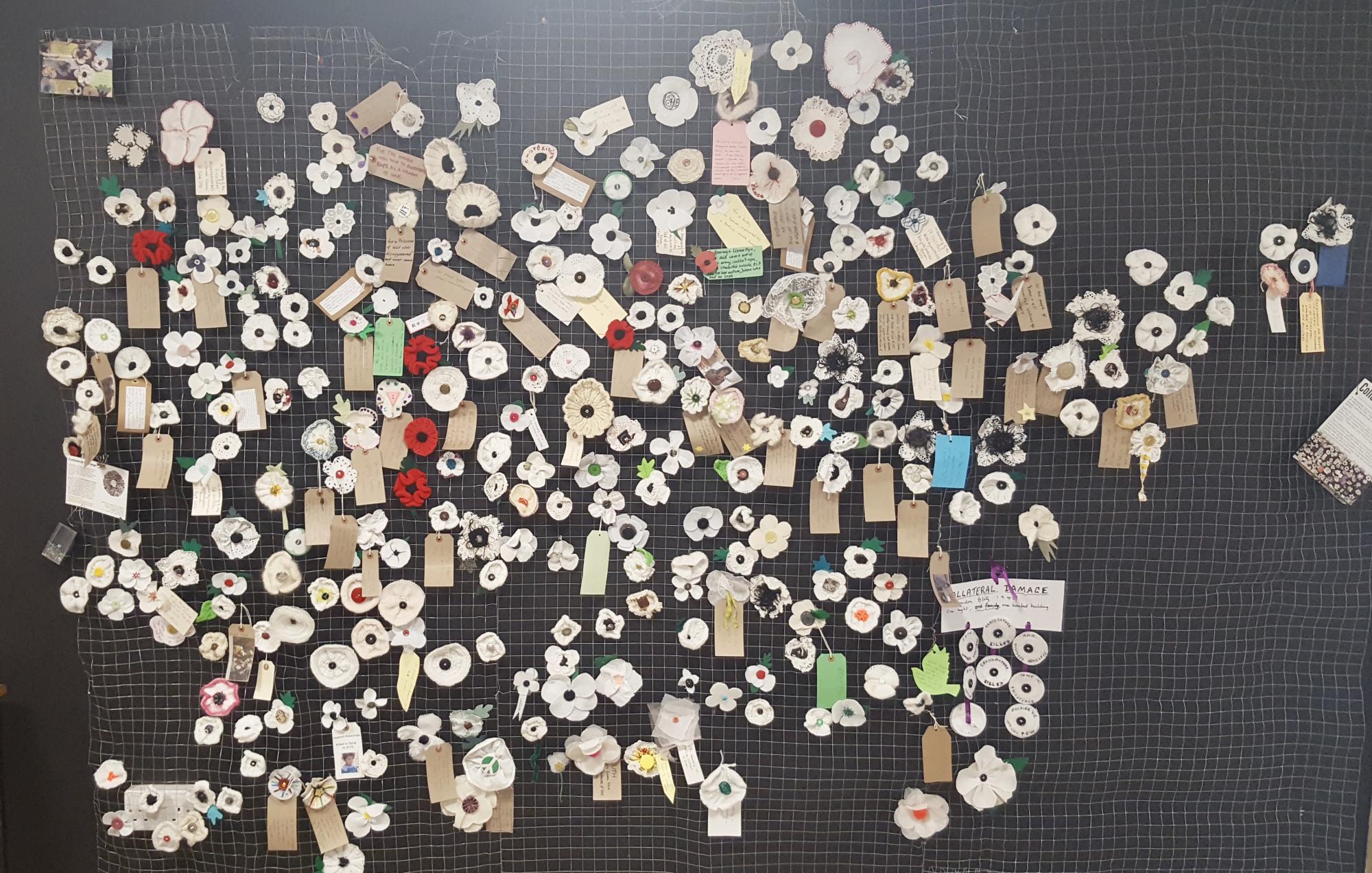 "Collateral Damage" is a project to honour the victims of wars during and since World War One.

In 2018 we commemorated 100 years since the end of World War I. Since then, around 200 million people have died in wars and there have been many, many other victims.

The Collateral Damage Project is a community art project of unique textile poppies created to honour any or these victims. Individuals and community groups responded by making over 5,000 unique hand-made poppies, knitting, sewing, felting or in other forms of textile.

You can watch a short video about the project here.

Many of the poppies honour particular victims of war and have labels attached. They include people killed, maimed or traumatised, whether they were in armed services, civilian "collateral damage" (as non-military victims are often referred to), conscientious objectors, peacebuilders, or people who have lost family, home or country. They may also be animals, trees, particular places, and some of them mourn more general damage to the environment, truth etc.

The project offers opportunities to heal, remember and reconcile. It was particularly moving to have refugee groups and people from all over the world add their own poppies and labels when they saw the exhibition in place.

Over 4,000 poppies were displayed in an installation at Friends House in London in autumn 2018, and many others were on show elsewhere in the country. Photos and details are available on our Facebook page @whitepoppies2018.

Five large panels of poppies mounted on cloth are currently available on loan for display during the first half of 2018. Later this year we expect the poppies to be available for people who would like to use them to make wreaths, or for other suitable purposes. If you would like some poppies, please contact collateraldamage2018@gmail.com.

Collateral Damage project started out in 2017 focusing on victims of the arms trade and was first exhibited at Art the Arms Fair in September 2017. British taxpayers subsidise arms exports through our taxes, including sales to regimes that have poor records on human rights, and which are actively engaged in warfare. For more information see https://www.caat.org.uk

Groups who participated in this project have included the following: