White poppies are worn in the run-up to Remembrance Day every year by thousands of people in the UK and beyond. White poppies have been worn in this way for over eighty years. They are distributed by the Peace Pledge Union.

WHAT DOES THE WHITE POPPY STAND FOR?

There are three elements to the meaning of white poppies. They represent remembrance for all victims of war, a commitment to peace and a challenge to attempts to glamorise or celebrate war.

WHERE CAN I GET WHITE POPPIES?

You can buy white poppies through our online shop here. You can also find them in a number of shops, cafes and other outlets across the UK.

White poppies and their message of peace feature prominently in our national Alternative Remembrance Sunday Ceremony. You can watch and read about our 2019 ceremony here. In the run up to Remembrance Day you can find out about other alternative remembrance ceremonies around the UK on our events page.

You can read our answers to Frequently Asked Questions about white poppies here.

Remembering all victims of war

White poppies commemorate all victims of all wars, including wars that are still being fought. This includes people of all nationalities. It includes both civilians and members of armed forces. Today over 90% of people killed in warfare are civilians. 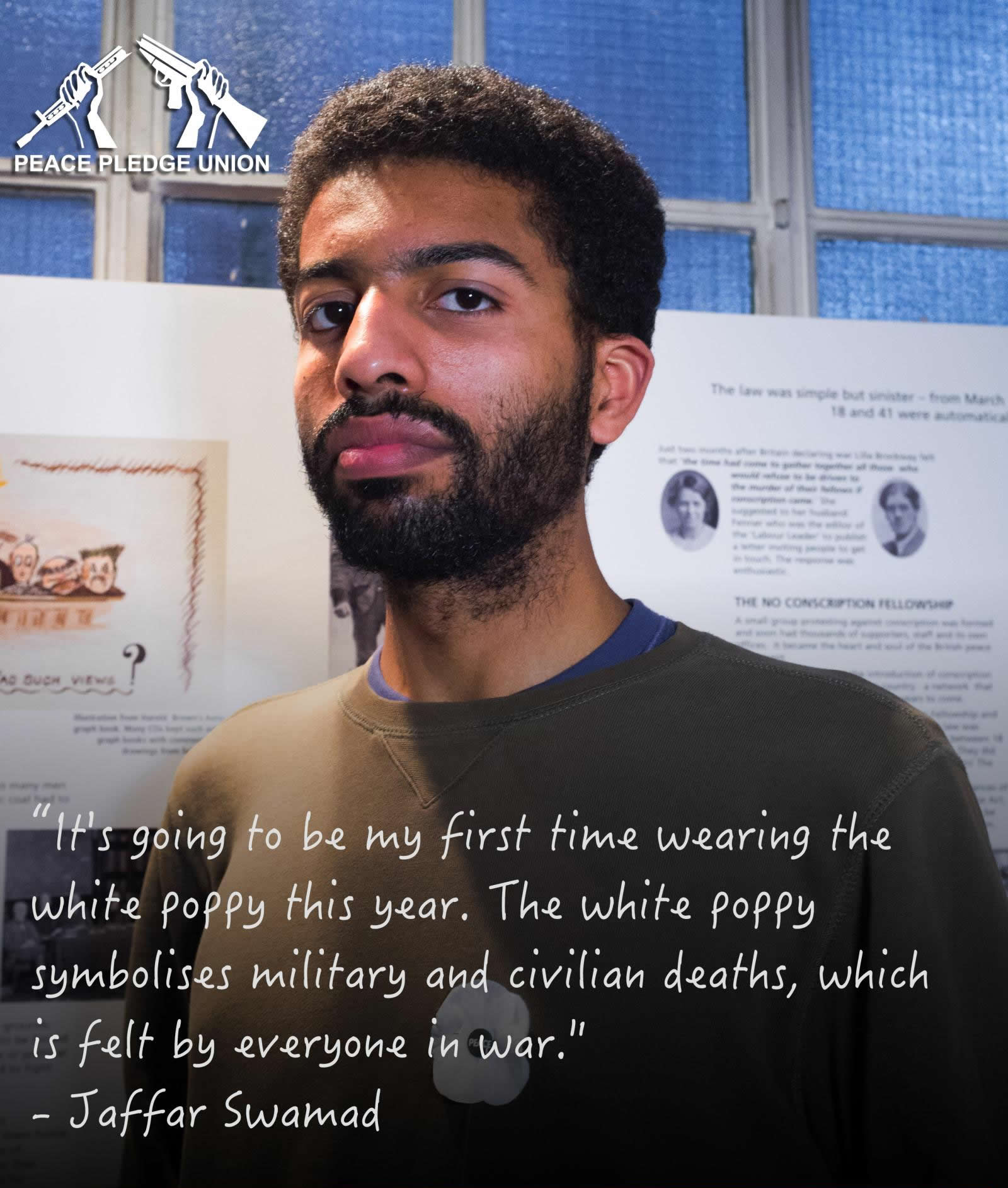 In wearing white poppies, we remember all those killed in war, all those wounded in body or mind, the millions who have been made sick or homeless by war and the families and communities torn apart. We also remember those killed or imprisoned for refusing to fight and for resisting war.

We differ from the Royal British Legion, who produce red poppies. The Legion has traditionally said that red poppies are to remember only British armed forces and those who fought alongside them. In 2019 they shifted their position to say that they "acknowledge" civilian victims of war, but did not extend their remembrance to all nationalities.

A recent poll reveals that 83% of UK adults believe that victims of war of all nationalities should be included in remembrance, whilst 86% believe civilians should also be included.

We want to remember British military dead, but they are not the only victims of war. We also remember the many civilians who have died or suffered in war, both those from the past and those in the midst of war today, in Syria and Yemen and many other violent conflicts around the world. Suffering does not stop at national borders, and nor should remembrance.

Standing up for peace 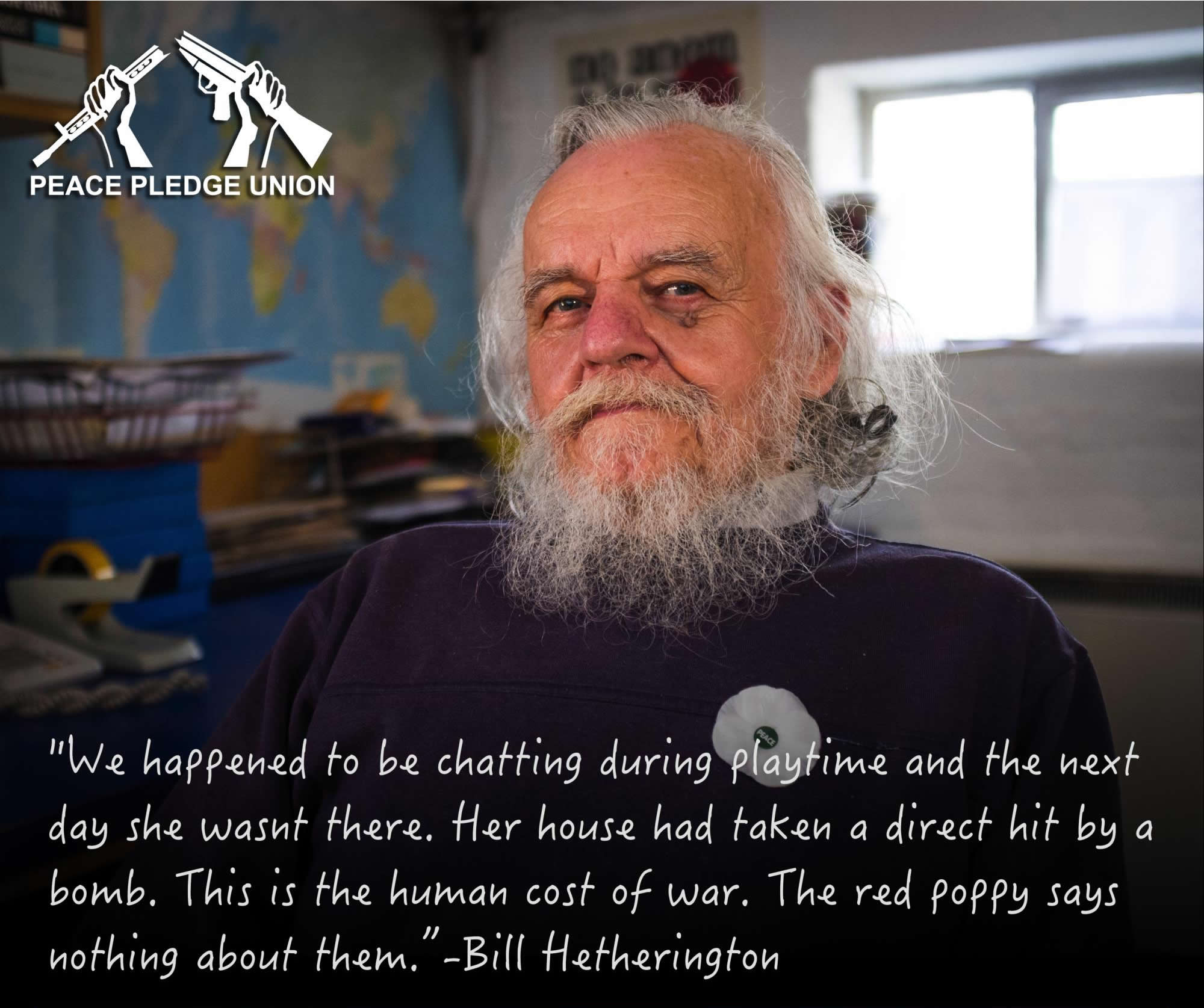 White poppies symbolise a committment to peace and to finding non-violent solutions to conflicts. A hundred years after the end of the “war to end all wars” we still have a long way to go to end a social institution that even in the last decade has contributed to the killing of millions. By struggling for peace and opposing current wars, we reassert the original message of remembrance: 'never again'.

From economic reliance on arms sales to renewing and updating all types of weapons, the UK government contributes significantly to international instability. The outcome of recent military adventures highlights their ineffectiveness and grim consequences.

85% of UK adults believe that Remembrance Sunday 'should primarily have a message of peace'.

The best way to respect the victims of war is to work to prevent war in the present and future. Violence only begets more violence. We need to tackle the underlying causes of warfare, such as poverty, inequality and competition over resources. A temporary absence of violence is not enough. Peace is much deeper and broader than that, requiring major social changes to allow us to live more co-operatively. 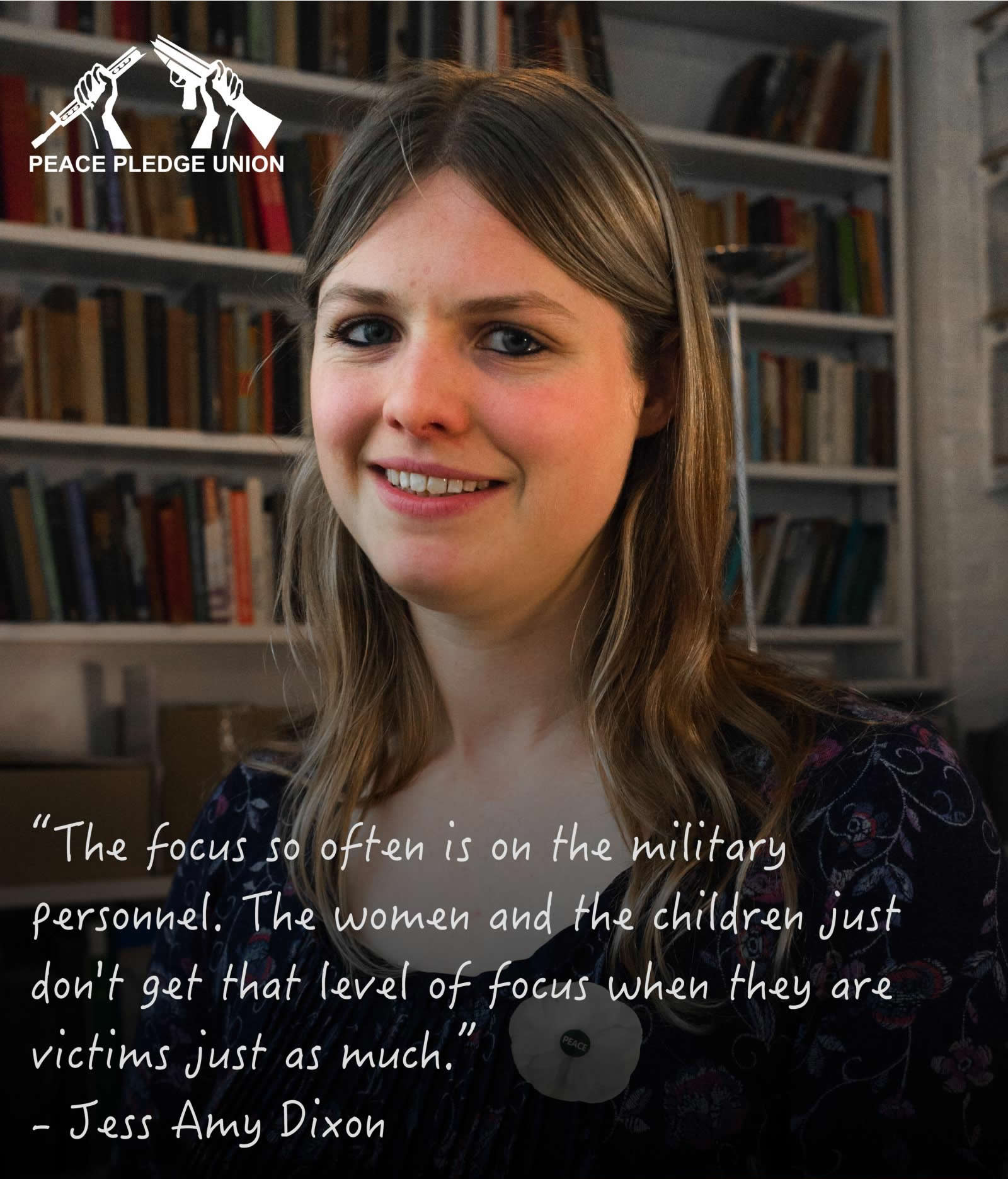 The white poppy challenges attempts to glorify or celebrate war, as well as nationalist narratives of remembrance that focus mainly on military victims on one side. By encouraging us to resist the normalisation and promotion of military values at remembrance time, the white poppy helps build a culture of peace.

The message originally associated with Remembrance Day after the First World War was “never again”. White poppies were developed in 1933 by the Co-operative Women's Guild to reaffirm this message.

Many of the activities around Remembrance Day are detached from any meaningful attempt to learn the lessons of war. Politicians who plough billions into weapons lay wreaths at the cenotaph. Arms dealers sponsor Remembrance events even while their work makes war more likely.

In 2014 for example, the British Legion Young Professionals' ball was sponsored by Lockheed Martin, one of the world's largest arms companies. Lockheed Martin plays a major role in manufacturing the Trident nuclear weapons system. Each Trident missile is capable of killing far more people than the 888,000 people represented by the red poppies that were displayed at the Tower of London at the time.

You can find out more about what the PPU is doing to resist militarism on our Everyday Militarism campaign page. 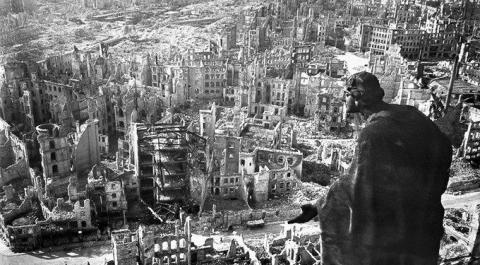 The Peace Pledge Union has challenged ministers' failure to comment on the 75th anniversary of the RAF's mass killing of civilians.