Usually on May 15th ceremonies are held around the UK, but due to the Coronavirus outbreak all ceremonies for 2020 all took place online. Events were held by groups around the UK, including in Leicester and Edinburgh.

Instead of the usual ceremony in Tavistock Square in London in front of the Conscientious Objectors' Commemorative Stone, on 15th May 2020 hundreds of people attended the National Online Ceremony. Among them was Donald Saunders, 95, who was a British conscientious objector in World War Two.

Niat Chefena Hailemariam from Network of Eritrean Women spoke about military service in Eritrea, which is compulsory for both men and women. “There are many Eritreans who for moral or religious reasons have refused to join the military," she told the ceremony. "Their objection has caused them to flee, and some of them have been imprisoned indefinitely for years and years... Many have died and some have developed respiratory and skin disorders... They have friends and family who miss them dearly.”

During the event, the actor Michael Mears performed a new piece based on the testimonies of conscientious objectors during World War Two, including British objector Dennis Waters and Austrian objector Franz Jägerstätter. He has also filmed, during lockdown at home, a version of his play This Evil Thing on Britain's conscientious objectors in the First World War, which is now available online. 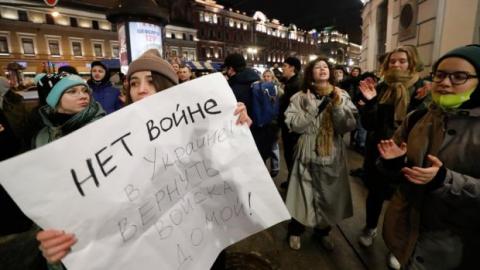