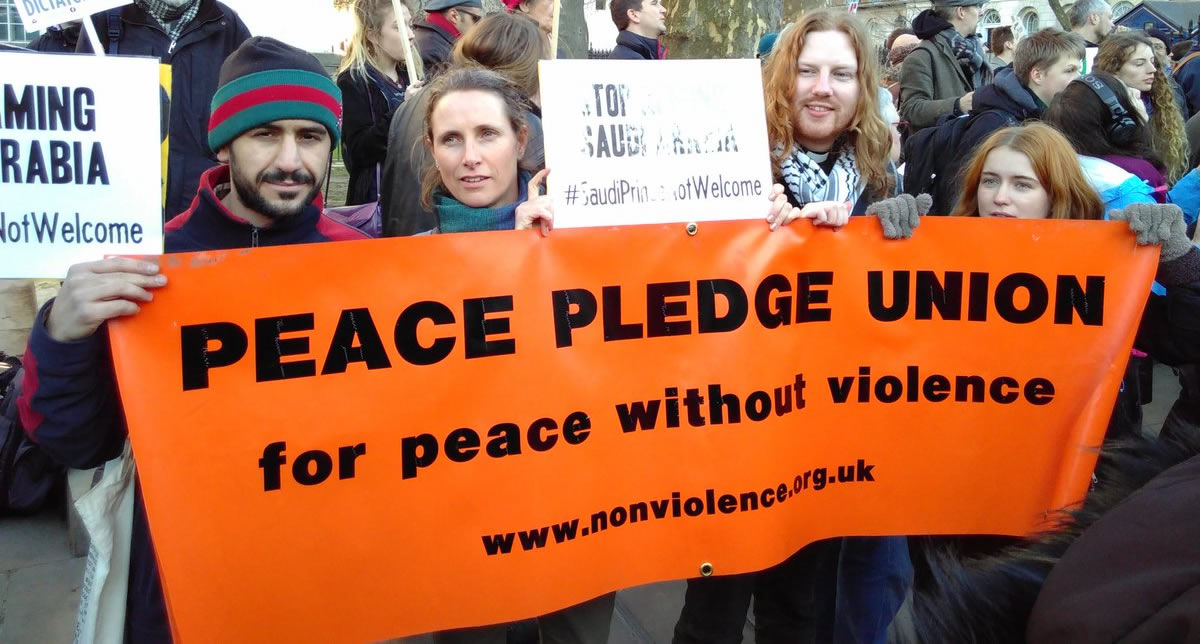 The Peace Pledge Union is a pacifist campaigning organisation. We have been promoting nonviolent alternatives to war and militarism since 1934. As the British section of War Resisters' International, we campaign with other pacifists and anti-militarists from around the world.

Our members take a pledge to reject war and work instead against the causes of war. We also work alongside other groups and people whose concerns overlap with ours, without necessarily agreeing on all issues.

We also work to support members and local peace campaigners in taking nonviolent action in their own lives and communities.

If you would like to know more, click on the links above or send us a message.