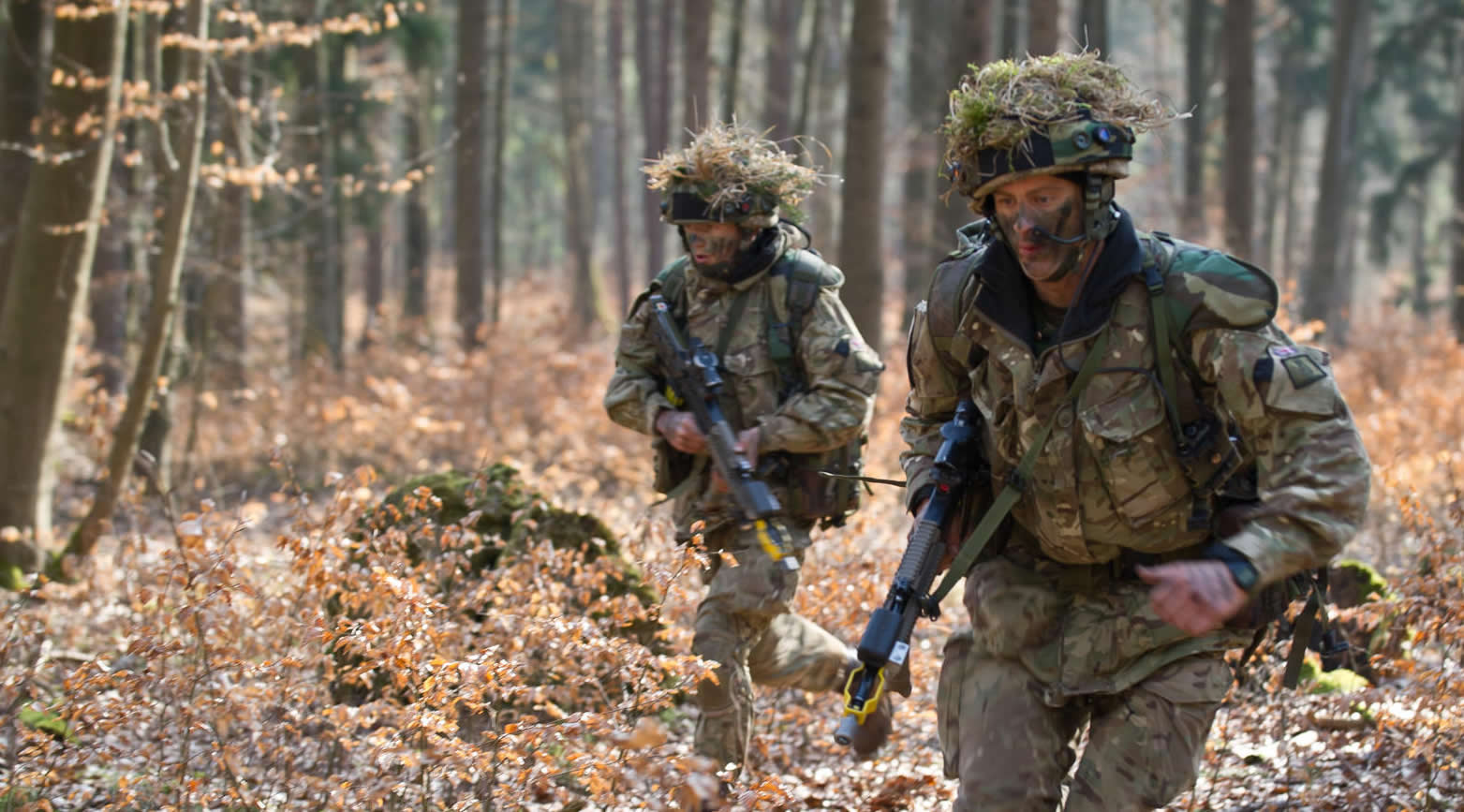 We have only to look at the level of insecurity, poverty and violence in the world to recognise that spending trillions on war doesn't make the world any safer. Violence fuels more violence.

2. The UK has the seventh highest military spending in the world.

UK military spending stood at £36.8 billion in 2017. This doesn't make us safe. Seventeen years after the invasion of Afghanistan and the beginning of the “war on terror”, Afghanistan remains unstable and beset with violence, while fears of terrorist attacks are as high as ever.

Despite this, there is a misleading militarist lobbying campaign in the UK to push for higher military spending. Certain newspapers regularly publish stories about retired generals and admirals calling for more expenditure on “defence”, meaning the armed forces and preparations for war. Conservative MPs lobby for higher military spending while senior Labour figures talk of raising it further.

There is no correlation between the threats people face and the amount of money spent on tackling them.

For many people, security involves freedom from poverty and the guarantee of housing, health care and education. The UK government’s own recent assessments have concluded that major security threats include international instability and the possibility of an environmental disaster or a natural hazard. Many commentators point to climate change and global poverty as factors that are driving violent conflict. But in 2016, the world spent 12 times as much on armed force as on tackling climate change.

In the last two decades, British public support for military action has declined considerably, not least because the wars in Iraq, Afghanistan and Libya have clearly added to instability, injustice and destruction. The myth that war can bring peace and democracy is increasingly rejected.

Despite this, the money goes on armed force rather than on real security. The Oxford Research Group attributes this in part to dominance over defence policy “by a small and exclusive group, composed of a social elite”. Researchers have noted evidence of undue influence over government exercised by military leaders and the arms industry.

The armed forces are often praised for dealing with emergency situations such as fires and floods. This is very important work, but an armed force is not needed to carry it out and the money spent on the military could be better used on fire and rescue services. In the UK there are more than three times as many people in the armed forces than there are firefighters.

There are more armed forces personnel in the UK than there are firefighters, paramedics and police officers added together. The UK armed forces include 144,900 regular troops and 47,230 reserves and other personnel (as of October 2018).

There is much talk of how UK armed forces numbers are lower than they used to be. This is partly due to the changing nature of warfare. We are no longer in a World War One-style situation, in which warfare is depends on having an endless supply of individual soldiers.

Another reason for the lower numbers is the growing reluctance of people to join the armed forces. Pro-military commentators call repeatedly for an increase in the size of the UK army, but they fail to say where these people will come from - at present, the army is not even meeting its existing recruitment targets.

5.  The UK is the only country in Europe to recruit people as young as 16 into the armed forces.

Contrary to international norms, the UK continues to recruit 16- and 17-year-olds into the armed forces. While they cannot be deployed to the front line until they are 18, they are trained in preparation for it. So two years before they can legally buy a violent video game, they can legally be trained to kill. Around a quarter of the British army joined before turning 18.

Once they turn 18, they are committed to remaining in the armed forces until their 22nd birthday. Thus they are bound for years to a contract they signed before reaching the legal age of adulthood.

The army's leaders claim that they look after young recruits, insisting that they provide a supportive environment at the Army Foundation College in Harrogate, where most 16- and 17-year-old recruits are sent to train. In practice, there were 50 allegations of abuse and ill-treatment at the College before 2014 and 2017.

6.  The armed forces target the poorest and most vulnerable young people for recruitment.

An army document leaked in 2017 makes clear that the army is deliberately targeting the poorest young people for recruitment. The document stated that their target recruit was "16-24, primarily C2DE. Mean household income 10K." It also listed the cities to target for recruitment - with a focus on some of the poorest populations in the UK. This was confirmed by another leak a year later, which suggests a deliberate focus on young people who are easily influenced. Research in London a few years earlier found that armed forces' visits to schools are noticeably more frequent in poorer areas.

In contrast to the recruitment of poorer people to the ranks, nearly 50% of army officers have been privately educated. In effect, the army requires people from poorer backgrounds to salute people from wealthy backgrounds and address them as "sir".

Other revelations include the army's deliberate targeting of people who have failed GCSEs - on GCSE results day. Recruitment campaigns such as "This is belonging" appeal to people who feel left out, by promising a sense of community.

In practice, it has long been understood that the army targets the poorest people for recruitment, despite the army leadership's repeated denials. Militarism and poverty follow each other round in circles: the armed forces recruit people from poverty, fuel poverty around the world through warfare and often dump recruits back into poverty when they leave.

7.  Military training is an abusive process aimed at brutalising recruits.

Military training is designed to condition recruits to obey orders without question. For combat troops in particular, training is intended to remove the natural aversion that most people feel towards killing other human beings. As former soldier and PPU member Wayne Sharrocks puts it, "The fear of disobeying or questioning orders is instilled in recruits very early... Any deviation from these orders in the early stages of training is met by punishment of the whole group. Brutal physical punishments are a regular occurence."

Former soldiers regularly report that they were punched, kicked or otherwise assaulted during training, despite such practices technically being illegal. There are also reports of more extreme abuses, such as recruits being forced to drink water until they vomit and having their throats squeezed until they nearly pass out.

Between 2014 and 2017, recruits made 50 official allegations of abuse and ill-treatment by instructors at the Army Foundation College in Harrogate, where most 16- and 17-year-old army recruits are sent for training. A similar situation in a civilian college or school might well lead to it being closed down.

8. The UK armed forces are consistently failing to meet their own recruitment targets.

Both the regular armed forces and the reserves have been failing for years to meet their own recruitment targets.

This is despite misleading recruitment campaigns that give a glamorised image of life in the armed forces, the introduction of events such as Armed Forces Day and increasing numbers of cadet forces in schools. The armed forces have become increasingly desperate, for example blaming young people's use of social media for their unwillingness to join the Reserves. In January 2018, the army was mocked for a new campaign claiming that gay people and Muslims are welcome in the army.

The armed forces are now making a point of targeting LGBT events such as Pride marches, not only to recruit LGBT people but to pinkwash their image by giving the impression they are inclusive and in favour of human rights. This is despite the armed forces' own denial of human rights to their own members, as well as to civilians in countries in which they operate, to say nothing of their providing training to some of the world's worst human rights abusers, such as the regime of Saudi Arabia.

9. Recruits to the armed forces are denied basic rights.

Members of the UK armed forces face considerable restrictions on human rights that are guaranteed in law to almost everyone else. The armed forces are exempt from many laws about employment rights.

Armed forces personnel are not permitted to join a trade union, to speak to the media or in public without permission or to stand for elected office. They can be criminalised, and even imprisoned, for relatively minor acts of personal expression. This is despite the Council of Europe Committee of Ministers' recommendation that members of the armed forces should have freedom of expression and freedom of peaceful assembly and association.

In almost every other job, someone who wishes to leave can hand in their notice at any time. But members of the armed forces, after their first six months, are obliged to remain in the forces for at least four years. On paper, there are situations in which individuals may be allowed to leave. In reality, these are obscure and rarely put into practice. The SSAFA and At Ease helplines report that the most common questions they receive from forces personnel relate to their length of service, with frequent confusion about the conditions. Researcher David Gee found that "recruitment literature normally omits the terms, refers to them ambiguously or inaccurately, or misleads recruits in the view that it is easy to leave the forces once enlisted".

In theory, members of the armed forces who develop a conscientious objection to war may apply to be discharged. In practice, this almost never happens and it is not clear if most personnel are even aware of this right. In 2011, Michael Lyons, a member of the Navy, was sentenced to seven months in military detention after he developed a conscientious objection but was turned down for discharge and refused to take part in war.

The armed forces are the only organisations in the UK that are allowed in law to run their own criminal courts and judicial system, along with their own police forces. The warped priorities of military police and courts-martial have been shown on several occasions. For example, a trial of army instructors accused of abusing teenage recruits collapsed after it was revealed that the Royal Military Police had made no arrests for two years after receiving dozens of reports of abuse. They blamed this in part on "more urgent enquiries", suggesting they do not regard the abuse of teenagers as a priority for investigation.

10. Members of the armed forces are often abandoned to poverty and ill health when they leave.

Between 7,000 and 13,000 ex-forces personnel are estimated to be homeless in the UK. A range of research suggests that veterans are more likely to be unemployed than the population generally. They are also less likely to have access to social support networks, despite being more likely to experience mental health problems.

Like many other people facing ill health and poverty, veterans are affected by austerity policies. Despite this, it is rare to hear pro-military commentators speak out against cuts to the welfare state, which is designed to offer protection to us all, both veterans and others.

This is another reminder of the way that militarism and poverty follow each other around in neverending circles. Armed forces recruit people from poverty, fuel poverty elsewhere through warfare, and dump people back into poverty when they leave.

These realities expose the hollowness of the rhetoric of armed forces personnel as "heroes". In reality, "support our boys" means "support our generals and arms dealers".

No war with Iran: protests continue around the world

People in the UK, US and Iran are demonstrating against war and military aggression.