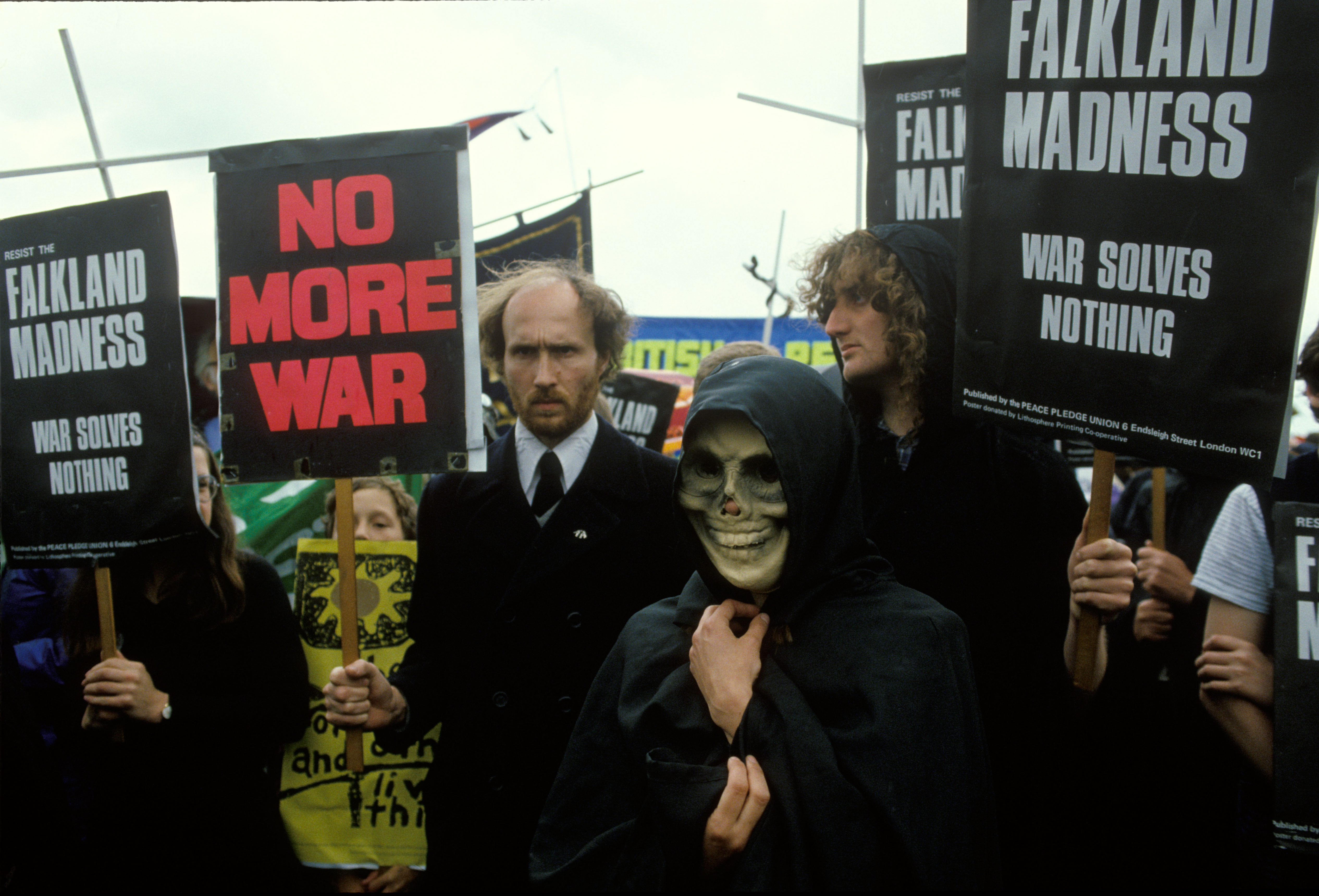 "The ultimate struggle is not between the British and Argentinian forces, but between those forces and those of us in both countries trying to subvert them." - Peace News, 14 May 1982

The Falklands War began on 2 April 1982, when Argentinian troops invaded the Falkland Islands. There followed a war between Argentina and the UK in which more than 900 people lost their lives.

During the Falklands War, peace activists around the world challenged the UK and Argentinian governments and called for negotiated solutions.

In the UK, the Peace Pledge Union (PPU) condemned the Argentinian invasion as well as all attempts to solve the crisis through armed force. The PPU liaised with peace campaigners in Argentina and around the world through War Resisters’ International. In the UK, the PPU worked with other anti-war groups through the Ad Hoc Committee for Peace in the Falklands.

Now, as then, the Peace Pledge Union works with people around the UK and the world to resist all war and militarism, to promote active nonviolence and to build peace. Join us!