On Sunday 10th November 2019 around 100 people from many walks of life, including armed forces veterans, attended the national Alternative Remembrance Ceremony in London's Tavistock Square, organised by the Peace Pledge Union. Many others sent messages of support as they were unable to attend.

Several people were moved to tears by a statement sent from Yemen about the horrors of the aerial bombardment. The statement was read by London Students for Yemen, who highlighted the UK Government's ongoing complicity in the war, which has left 100 thousand dead and millions in desparate need of humanitarian assistance. UK armed forces are training the Saudi troops carrying out the bombing and the UK government has authorised multi-billion pound arms sales to Saudi forces since the war began.

Andres Del Cisne, a long-term member of the Peace Pledge Union, spoke about why he and his family bring a wreath of white poppies every year to commemorate children who suffer in war.

After two minutes' silence, the first white poppy wreath was laid by the PPU's Katie McLean, before other wreaths were laid by representatives of groups including Conscience, the Fellowship of Reconciliation, Quakers in Britain, the Anglican Pacifist Fellowship and others.

Introducing the ceremony, the PPU's Amy Clark-Bryan quoted Eleanor Barton, one of the people who founded white poppies in 1933. Eleanor Barton said:

"If you can walk in the street wearing a white poppy, when everyone else has a red one, then I say you are a brave woman."

Shadia Robertson, who spoke at the ceremony as a member of London Students for Yemen, is a student a King's College London and was attending for the first time. She said afterwards:

"It was a great opportunity to be around people who understand the impact of war. Once we remember Yemen, we can relate that to all the other places that war is happening, and all those impacts go beyond the documented civilian casualties. You can see it in the destruction of infrastructure, the poverty and all the deaths related to that. War can't be the only way. It isn't the only way." 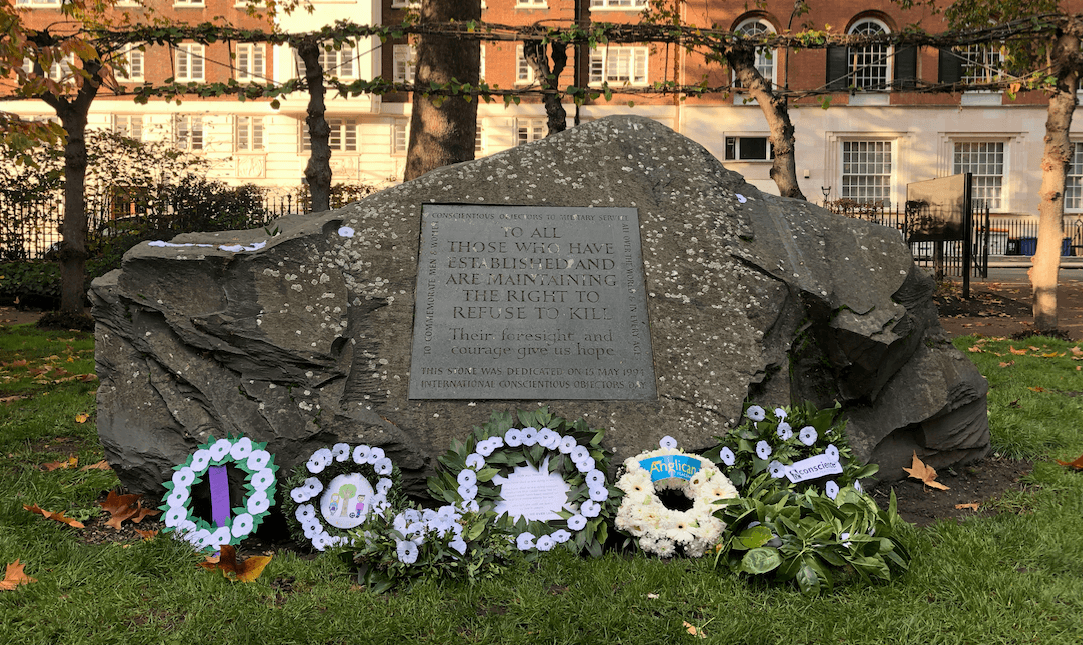