Army misuses feminist language to target girls as young as 14 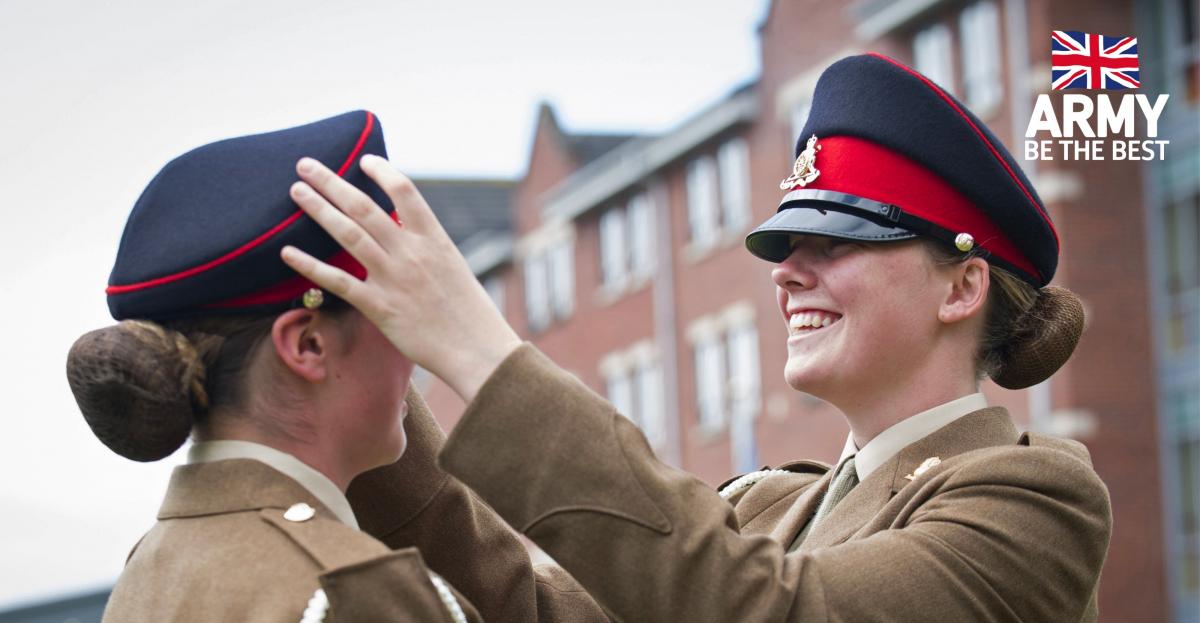 Army misuses feminist language to target girls as young as 14

The UK army is misusing the language of "female empowerment" to target misleading pro-military messages at girls and young women online.

The 4th Infantry Brigade are running what they describe as "three INSPIRATIONAL, EMPOWERING, FEMALE discussion events”. They began at 12.00 noon today with a Zoom event aimed at 14-16-year-old girls.

But young women in the Peace Pledge Union, Britain's leading pacifist campaign group, accused the army of patronising and insulting young women by giving a misleading image of the nature of armed force. They said that militarism cannot be feminist and unquestioning obedience is not empowering.

The army appears to have taken advantage of the fact that most young people are not in school by organising the Zoom events in the middle of the day. After today’s event for 14-16-year-olds, there will be other Zoom events aimed at women in the their late teens and early twenties.

The Peace Pledge Union said that military events of this sort may persuade small numbers of people to join the armed forces, but that they could recruit a much higher number to a militarist mindset. The UK is the only country in Europe to recruit people as young as 16 into the armed forces.

Young women in the Peace Pledge Union have been giving their reaction to the army's plans.

“I’m appalled that the army is claiming to empower women. The army is not a space where anyone is empowered. By its nature, the army is violent and abusive. You are stripped of your rights, your personality and your self. Not empowered! This is yet another case of everyday militarism, with the army seeing young women as a vulnerable group who they can target.”

"Research found that one in seven women in the British armed forces had experienced a 'particularly upsetting' experience of sexual bullying. In 2016, a female army officer was recorded telling women joining up that they 'should all be aspiring to meet the male standard'. This toxic and male-dominated environment will never be somewhere I turn to feel empowered as a young woman."

Aileen Charteris, a PPU member near Wrexham who is the mother of a 15-year-old girl, said:

"If the army were to start grooming my teenage daughter during a pandemic with the false idea that she can be treated as an equal in a highly sexist institution, I would be extremely worried. Young people are being bombarded with the narrative that they will struggle to find work in the coming years. We need to focus on their confidence, let them know that they can still achieve their dreams despite the pandemic. Luring them into signing their lives away under false pretences is vile."

Amy Clark-Bryan, 26, a member of the PPU's elected Council, said:

"This is disgusting: the army is using the language of ‘INSPIRATIONAL, EMPOWERING, FEMALE’ to try to appeal to insecurities that young women may have. An organisation whose very existence relies on violence is attempting to offer a guiding hand to girls and women, some as young as 14, under the banner of female leadership. Female leadership has an important part to play in our society, violence does not.

"The employment and educational advice that I received as a young woman had a huge bearing on what I wanted to do with my life. The army knows this, and is trying to infiltrate female leadership events to promote militarist messages."

Research over the last two decades has made clear that sexism and sexual violence are deeply entrenched in the army. In 2018, the army's own Sexual Harrassment Survey reported that "targeted sexualised behaviours" had increased since the previous survey in 2015. In 2019, the Wigston Report, commissioned by the Ministry of Defence, found high levels of sexist, racist and homophobic bullying in all three branches of the armed forces.

The Peace Pledge Union suggests that these facts are not incidental but are part of the nature of an armed force, rooted in violence and obedience to the powerful.

The Peace Pledge Union is a collection of people of many ages, genders and backgrounds who are committed to resisting war and tackling its causes. Join us here!