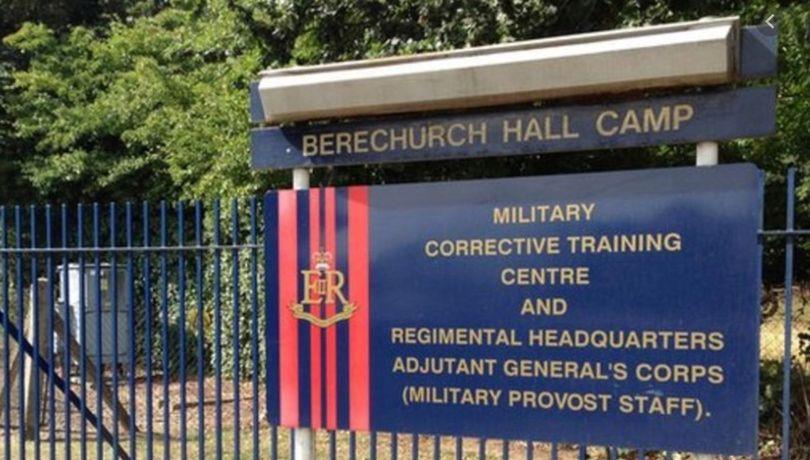 A former sailor who was imprisoned in 2011 has backed calls for a change in UK law to allow forces personnel to leave when they choose.

Michael Lyons was sentenced to seven months' imprisonment in 2011 after developing a conscientious objection to the war in Afghanistan but being refused discharge from the Royal Navy.

Today he backed calls from the Peace Pledge Union for a change in the law to ensure that all forces personnel have a right to leave when they choose, especially if they develop a conscientious objection to war. He was speaking ahead of International Conscientious Objectors’ Day tomorrow (15 May).

The Peace Pledge Union (PPU), Britain's leading pacifist organisation, called for the law to be changed as part of the new Armed Forces Bill promised in the Queen's Speech earlier this week.

In theory, members of the UK’s armed forces have the right to apply for discharge if they develop a conscientious objection, but this is very rarely granted. According to the At Ease helpline for members of the armed forces, most forces personnel are unaware that this right exists in law.

Michael Lyons was turned down when he applied for discharge on grounds of conscientious objection. In 2011, he was convicted of refusing to obey an order after declining to take part in rifle training, and sentenced to seven months in the Military Corrective Training Centre - a euphemism for a military prison - in Colchester.

“Conscientious Objection is an imperative right of every serving member of the armed forces. Theoretically, it provides a route for the orders, practices and hypocrisies within the hierarchy to be critiqued and challenged. But in practice it can lead to harassment, death threats and incarceration.

“We must listen to the unique views and experiences of those military personnel who choose to stand up and speak out if we are ever to find a way out of perpetual war.”

“We are told that the armed forces fight for democracy and human rights, but in practice they even restrict the human rights of their own members. Armed forces leaders have the power to lock someone up for their beliefs. Let’s not forget that Michael Lyons was imprisoned in Britain only ten years ago because his views on war had changed and his right to discharge turned out to exist only on paper. If Boris Johnson really respects forces personnel as he claims, he will legislate to give them the right to leave when they choose.”

Thousands of people around the world will make International Conscientious Objectors Day tomorrow (Saturday). There will be major protests in countries in which conscription is still in force and conscientious objectors imprisoned, such as Israel and Turkey.

The Peace Pledge Union will be joining with other peace and human rights groups in the UK in an online ceremony from 4.30 to 5.30pm tomorrow (Saturday 15 May). All are welcome to attend.

Hundreds of people are expected to join online, while six people will gather, in accordance with Covid safety rules, at the Conscientious Objectors’ Memorial stone in Tavistock Square in London. Actor Michael Mears will perform live from Tavistock Square, while other speakers will include Israeli conscientious objector Atalya Ben-Abba.