Gavin Williamson bends the truth over cadet forces in schools 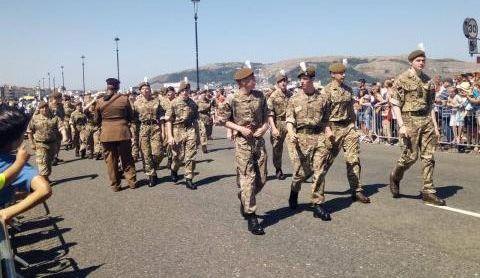 Gavin Williamson bends the truth over cadet forces in schools

The Peace Pledge Union has accused the Education Secretary of misrepresenting research about cadet forces in UK schools.

Gavin Williamson said that the new research by the University of Northampton justified the UK government's decision to spend millions of pounds on creating new cadet forces. They have been funded while other youth services have been cut.

But the Peace Pledge Union (PPU), the UK’s leading pacifist group, pointed out the very limited scope of the research.

The researchers did not make comparisons between the impact of cadets and the impact of other youth organisations and services. They stated, “our terms of reference did not include comparing the Cadet Forces with other uniformed, or non-uniformed, youth groups”.

The PPU said that Williamson is bending the truth in claiming that the report justifies recent multi-million pound increases in funding for cadet forces, when taken alongside cuts to other youth and community services.

The number of cadet forces in UK schools has more than doubled since the Cadet Expansion Programme was launched in 2012. It was given an extra £50 million of funding in 2016.

Meanwhile, youth services in the UK faced combined cuts of more than £400 million between 2010 and 2019, according to calculations by Unison.

The report looked at cadet forces in Wales and Northern Ireland as well as England, although education is devolved and Williamson's remit covers England only.

The PPU said that the sharp rise in cadet forces in recent years is an example of the growth of everyday militarism in the UK.

“The findings of this research do not come as a surprise: projects are often successful when millions of pounds are allocated to them. What is missing, however, is honesty and transparency about the purpose of setting young people up for a career in the armed forces. The reported positive outcomes need to be considered in the light of research showing the significant negative impact on the mental and physical health of young recruits.

“Training young people for the armed forces in order to support their wellbeing is nonsensical. It is immoral that services for young people have been continuously cut by the government. Many other organisations are more than capable of providing the confidence, communication and ‘leadership’ skills described in this research whilst also focussing on social justice, equity, community and sustainability.”

The PPU also pointed out that much of the research has already been published. The latest research is simply the final stage of a four-year project.

Researchers paid little attention to the impact on young people of military values such as hierarchy, nationalism and reliance on violence.

The Peace Pledge Union provides a range of educational resources for schools and young people on issues including peace, civil rights and conflict resolution. Find out more at https://www.ppu.org.uk/education.