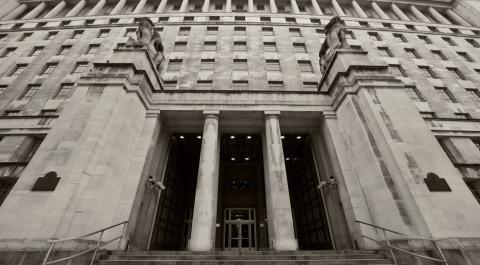 The armed forces are facing calls to lose the ability to police themselves, after closing down all investigations into alleged war crimes in Iraq.

Wallace added that he wanted to “draw a line under the legacy of our operations in Iraq”, after offering a brief apology that certain investigations in Iraq had failed to collect required evidence.

The Peace Pledge Union (PPU) said that it made a mockery of justice to allow the armed forces to police themselves.

The news comes less than a year after the International Criminal Court reported that was “a reasonable basis” to believe that members of the British armed forces committed war crimes including “wilful killing, torture, inhuman/cruel treatment, outrages upon personal dignity, and rape and/or other forms of sexual violence.” The ICC did not launch prosecutions because investigations were still underway in the UK.

The Peace Pledge Union said that the news raises wider questions about military power, given that the armed forces are the only institutions in the UK that are allowed to run their own criminal courts, as well as maintaining their own police forces.

The decision to drop investigations follows a sustained campaign by the militarist lobby, who have whipped up the myth that British veterans are being “dragged through the courts”.

The PPU pointed out that in reality, UK armed forces personnel are almost never prosecuted for war-related crimes. On the rare occasions when this does happen, it is only junior personnel who are involved rather than military leaders.

This is the second time in two days that the armed forces' ability to police themselves has come under the spotlight. Yesterday (Monday 18 October), it was revealed that one in every 29 young women aged 16 or 17 in the military has reported being raped or sexually assaulted – but the forces are allowed to deal with such reports through their own police and court system.

“Ben Wallace wants to 'draw a line' under the Iraq war. There can be no 'drawing a line' for innocent Iraqi people who suffered in the invasion or for the relatives of British troops who died so needlessly. Pain and injustice cannot so easily be forgotten.

“In effect, the armed forces are placed outside the law, allowed to police themselves, even running their own criminal trials. Bundled and delayed investigations have seen enquiries abandoned, victims denied justice and some suspects and witnesses kept waiting for years. The International Criminal Court found a 'reasonable basis' for believing that a whole series of war crimes were committed by British troops in Iraq, but the armed forces' own police are unsurprisingly protecting the institution of which they are part.”

The Peace Pledge Union is a network of people who renounce war and tackle its causes. Join us here!