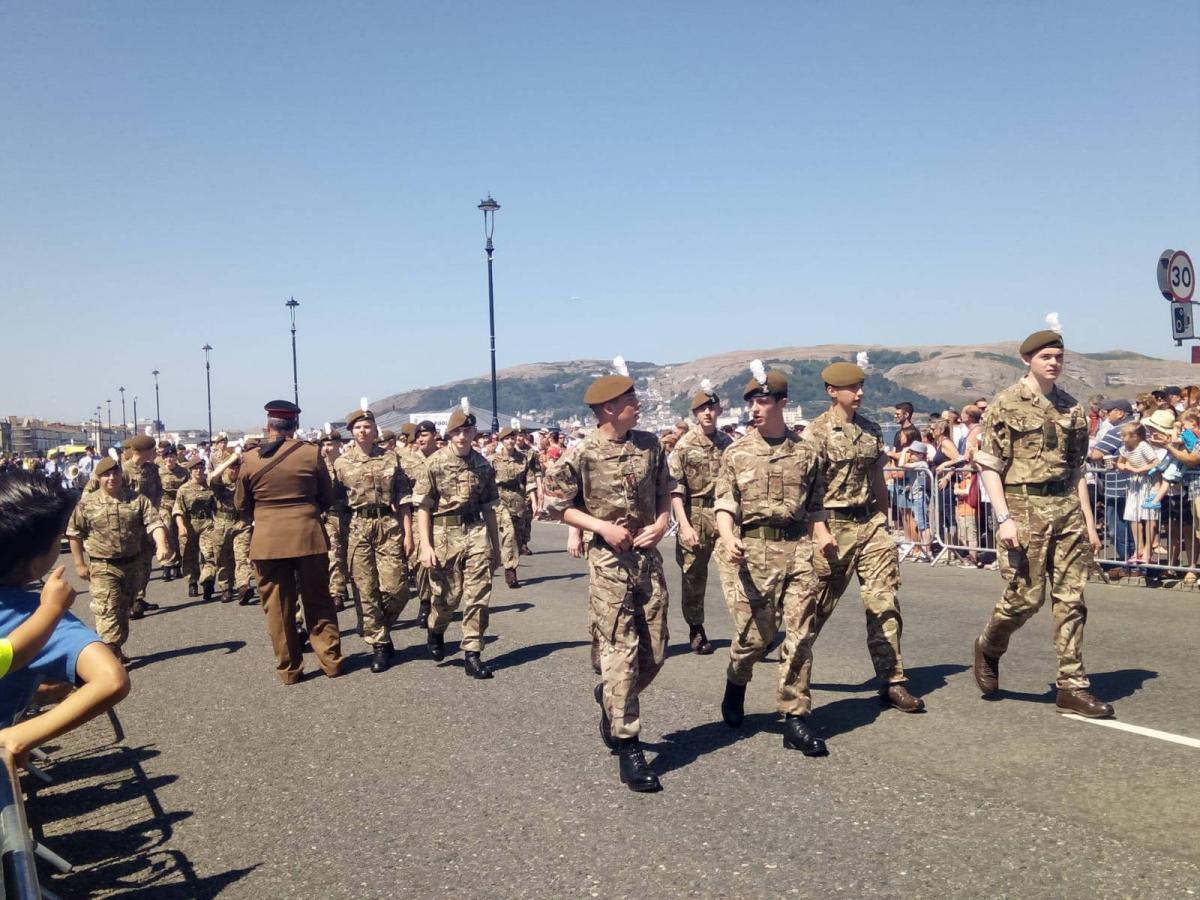 The leak of an internal document from Conservative Party conference reveals that the party expects to be accused of "militarising children" with their policy of multiplying the number of cadet forces in state schools.

The document, leaked to Buzzfeed, provides the party's MPs with possible answers to difficult questions. One of these, in reference to cadet forces, asks "Isn't this about militarising children?"

The suggested answers repeats the usual justifications about offering young people "opportunity to develop their potential" and the military's supposed values of loyalty and teamwork. It does not address the fact that military organisations are receiving incresed funding while other youth and community services are being cut.

The number of cadet forces in state schools in the UK more than doubled between 2012 and 2016. The government aims to increase the number of such units to 500 by 2020.

The Peace Pledge Union (PPU), which has been accusing the government of militarising children, said that the document showed that even the Conservative Party press office realises that the policy is facing criticism.

The PPU regularly hears from school students, parents and teachers who are unhappy or alarmed after a visit to their school by the armed forces or organisaitons such as the Army Cadets. Only last week, the PPU was contacted by a concerned parent on the Isle of Wight after Army Cadets' recuriting leaflets were given out to 12-year-olds in a school assembly.

Military invovlement in schools is a form of recruitment in two ways: it encourages a number of young people towards joining the armed forces and it recruits a much larger number to a pro-military mindset.

Following news of the leaked document, the Peace Pledge Union reiterated its call for the multimillion pound public subsidies for cadet forces to be diverted to cash-strapped civilian youth services. They also urged Labour and other opposition parties to take a clear stance against the growth of cadet forces and the government's policies of militarising children.