Peace and climate movements urged to work together 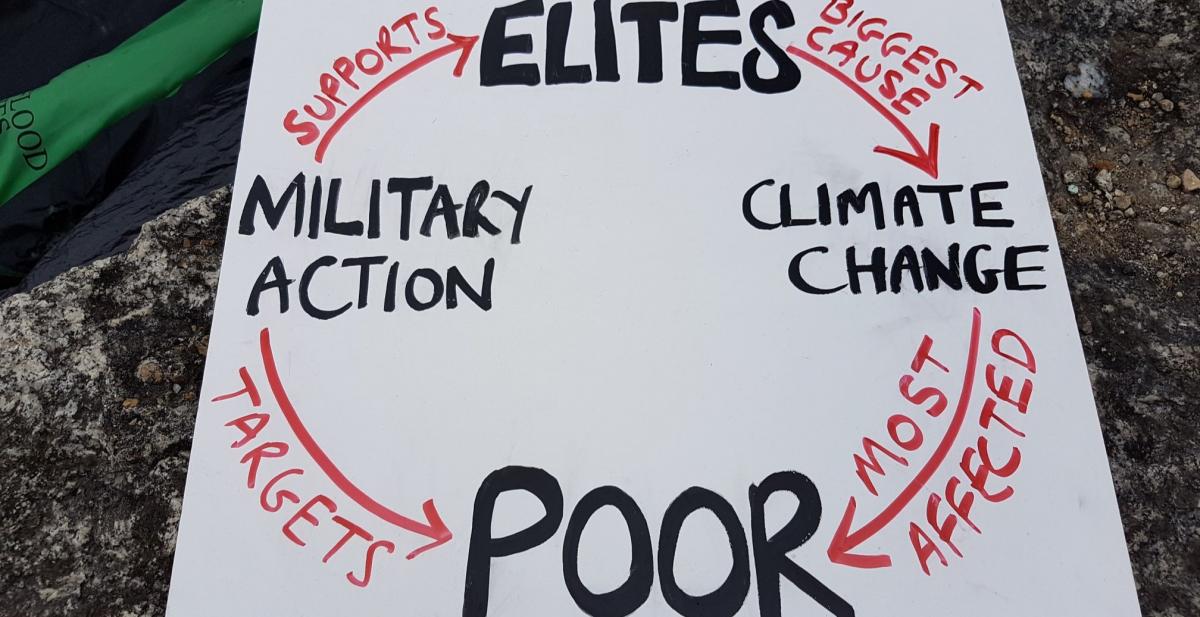 Peace and climate movements urged to work together

The Peace Pledge Union (PPU) has said many of their members and supporters will be taking part in, or supporting, the climate protests that will see students striking from schools around the UK and the world on Friday (20 September 2019).

They added that young people's strikes for climate justice are demonstrating what nonviolent resistance can achieve.

The PPU urged peace activists and climate campaigners to work together in taking nonviolent action for justice.

They pointed out that war and climate change fuel each other and that both pose a threat to humanity. Preparations for war divert resources from tackling the real threats of climate change: in 2016, the world spent 12 times as much on armed force as on tackling climate change.

PPU supporter Ahlyah Ali, who will take part in the strike actions on Friday, drew attention to the victims of both war and climate change. She said, “Their stories are ignored under the glitz of the arms fairs and empty words of sending aid rather than ending arms. Yet we have the power to act, especially here in the UK, to build pressure holding the government and corporations to account to take real action for climate justice and peace.”

"Take into account that increased competition for land and water could be a major factor in wars of the future," said PPU member Tim Gee, author of Why I Am A Pacifist. "There can be no doubt that action for peace and action for climate justice must go together.”

Friday’s actions are supported by the UK Student Climate Network, with support from trades unions and campaigning groups. A list of strikes and related actions is available here.