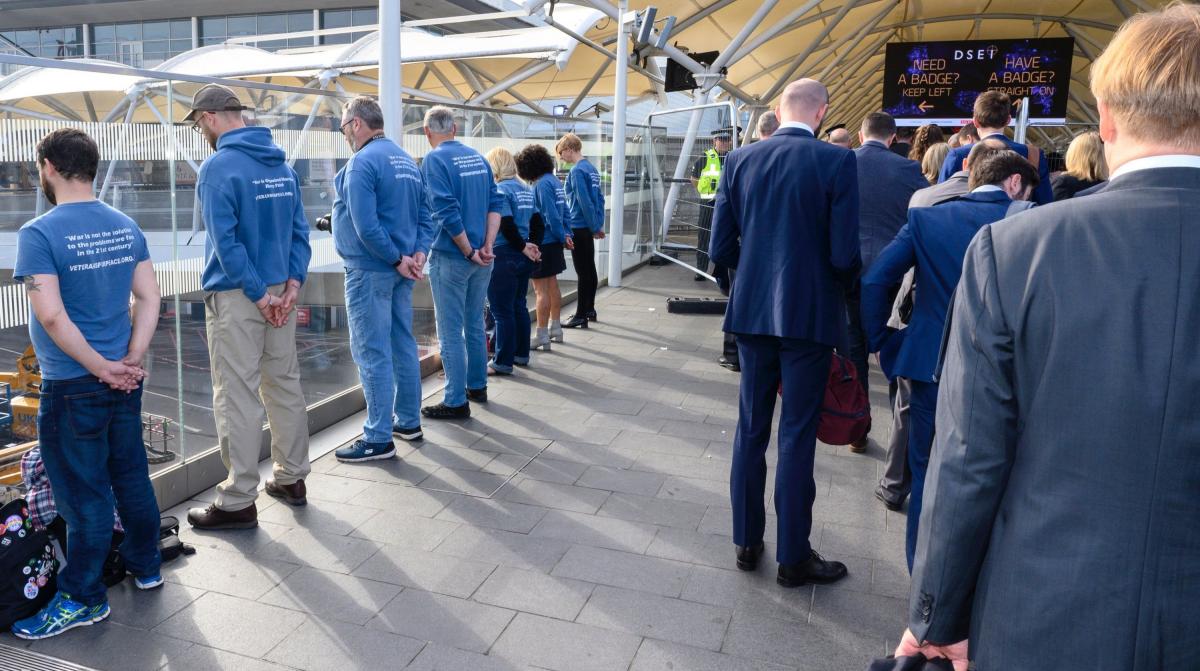 The Department for Education (DfE) are facing calls to explain their decision to participate in the DSEI arms fair in London in September.

It has emerged that the DfE sent Kiera Newmark, head of their STEM and Digital Skills unit, to be part of a panel discussing “early years to early careers” at the arms fair on 12 September this year.

Alongside Newmark on the panel were representatives of arms companies BAE Systems and Babcock, and members of the UK armed forces.

The Peace Pledge Union (PPU) said that the DfE’s participation in DSEI is a sign of the growing militarisation of education in the UK.

The UK government has already spent over £95 million promoting school-based cadet units and other programmes with a “military ethos” in schools. Earlier this year, it was revealed that BAE is spending tens of millions of pounds every year on running roadshows in schools, including for children as young as four.

The DfE told Private Eye magazine that they had been speaking at DSEI to promote "skills development", but they failed to explain why they had focused on "early years" - which generally refers to children under six.

The arms fair – known euphemistically as Defence Systems & Equipment International (DSEI) – saw sustained protests outside the Excel Centre in east London when it took place in September. Over 100 people were arrested while taking nonviolent direct action against it.

DSEI saw some of the world’s most vicious regimes, including Saudi Arabia, sending representatives to London to meet with arms dealers.

London Mayor Sadiq Khan condemned DSEI and said he did not want it in London, while the Welsh government said they would review their presence at DSEI following criticism.

PPU Campaigns Manager Symon Hill said, "This is another horrific example of everyday militarism in the UK: the Department for Education promoting 'early years' education at a gathering of arms dealers and despots. The DfE must not be allowed to brush off their attendance. They have questions to answer and all military involvement in education needs to be investigated and opened to scrutiny. Children's minds are not military targets."