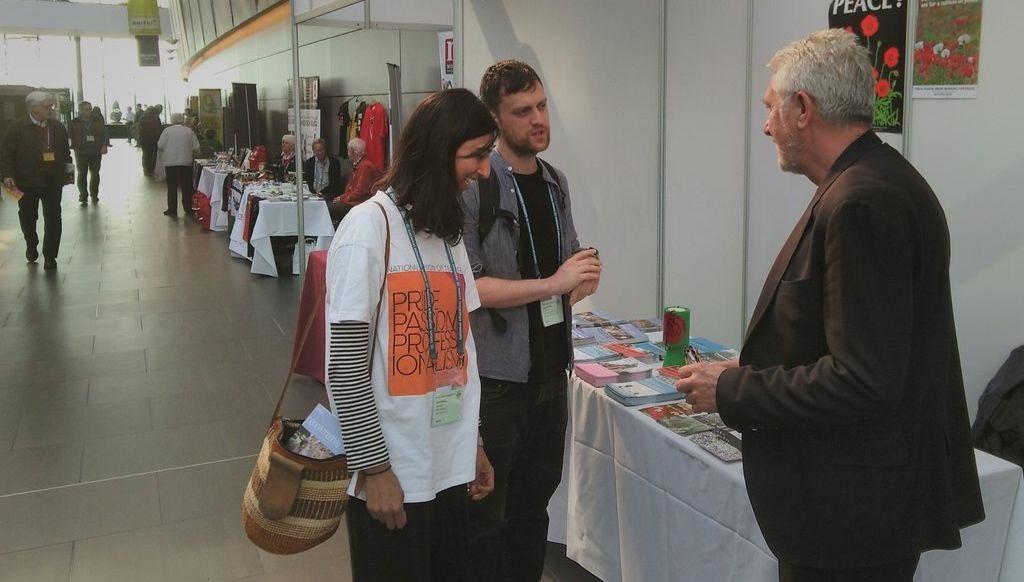 The Peace Pledge Union has found widespread concern among teachers about the growth of cadet units and military programmes in schools.

Meeting delegates at the National Education Union (NEU) annual conference in Liverpool this week, PPU members found that the majority of teachers who they met were opposed to the UK government's multimillion pound schemes for boosting the military presence in schools.

Many teachers were also alarmed by the growth in military visits to schools. In many such visits, the armed forces are presented in a positive light without question.

The PPU will be at the conference for another two days, and will publish fuller results of the survey after this point.

The government has put over 45 million pounds of taxpayers money into projects with a "military ethos" for "disengaged" young people in schools in England. In addition, they have spent 50 million pounds on the Cadet Expansion Programme, which more than doubled the number of cadet forces in state schools in the UK between 2012 and 2016. The number is expected to rise further to meet the government's targets for 2020.

Several teachers have already approached the PPU stand at the conference to ask for advice in challenging plans for Army Cadet forces or military visits in their own schools.

The Peace Pledge Union regards the growing military presence in schools as an example of everyday militarism, whereby military organisations and practices intrude more and more areas of civilian life.

Along with other peace and human rights groups, the PPU supports school students, teachers and parents to challenge the growth of militarism in schools and to promote education that encourages peace, nonviolent approaches to conflict and the right of young people to develop their own views as they grow up.

The PPU will be at the NEU conference until Wednesday (17 April). Delegates are welcome to meet them at Stand 12 (near the main entrance on the ground floor).

If you have concerns about militarism in your own school or community, you can contact the PPU at mail@ppu.org.uk or on 020 7424 9444.