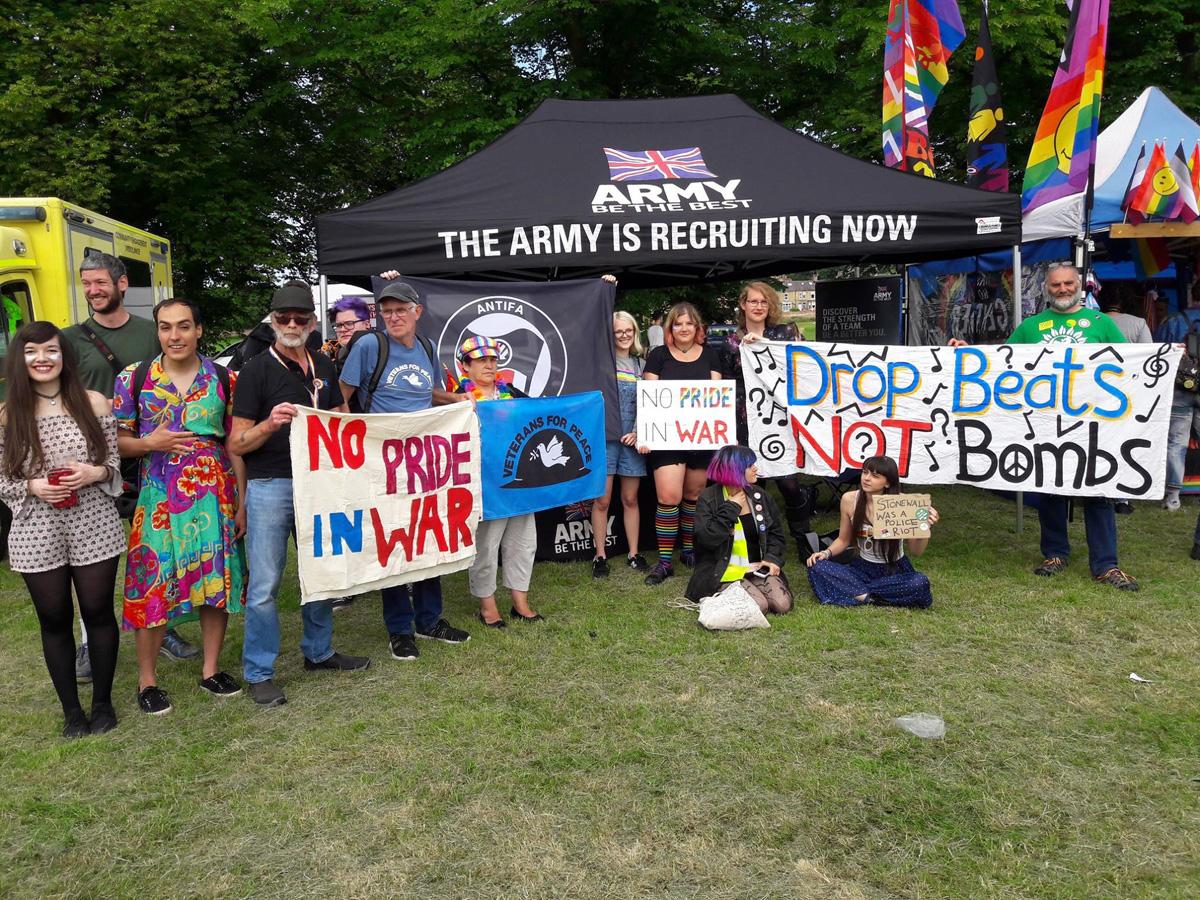 The organisers of LGBT Pride in York are facing criticism after allowing armed forces to march formally in uniform at the city's Pride parade on Saturday (9 June). There was also an army recruitment stall in the Pride festival.

This is the first time this has happened at York LGBT Pride.

A number of LGBTQ people in York have written to the organisers to say that the armed forces should not be allowed to ‘pinkwash’ their image by claiming to be in favour of equality and human rights. They include members and supporters of the Peace Pledge Union (PPU).

They held banners at York Pride declaring they had, "No Pride in War". They also demonstrated peacefully in front of the army recruitment stall.

They say that LGBTQ liberation is not compatible with military values of unquestioning obedience, nationalism and the use of violence and coercion.

They have been backed at a national level by the Peace Pledge Union (PPU), a longstanding pacifist network. The PPU said that armed forces marching in Pride parades is an example of everyday militarism, with military involvement in many areas of life being too often seen as normal and unquestionable.

They are not objecting to individual members of the forces marching at Pride, but rather to whole blocks of armed forces members marching in uniform and running stalls that promote military recruitment.

York Pride organisers revealed only a few days before the event that the armed forces would be involved in this way.

The PPU pointed out that the UK armed forces are involved in supporting some of the world’s most homophobic regimes, including training the armed forces of Saudi Arabia, which are bombing civilians in Yemen and upholding homophobic persecution in Saudi Arabia itself.

Rachel Melly, an LGBTQ activist in York and a member of the Peace Pledge Union, said:

“I am shocked that my local Pride event has been turned into a military PR opportunity for pinkwashing the armed forces, rather than the celebration of LGBTQ+ liberation that it should be.”