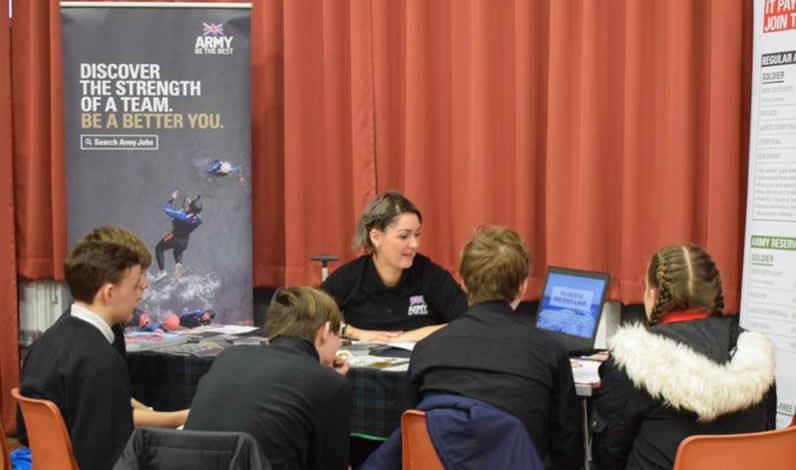 The UK army has been accused of misleading potential recruits with a new recruitment campaign that promises emotional support within the army.

The Peace Pledge Union (PPU) cited several pieces of research showing the damaging effects of military training on mental health. The organisation said that military training is designed to remove the natural aversion to killing and to condition vulnerable teenagers to follow orders without question.

The Peace Pledge Union, a leading British pacifist network, said the recruitment campaign is the army's latest desperate attempt to meet recruitment targets, which they have been missing for several years.

The army's new campaign also suggests that the army promotes equality, claiming that recruits are welcome regardless of sexuality, gender or religion. In response, the PPU pointed out that the army denies the most basic human rights to its employees, including the right to leave their job and the right to follow their conscience. They also routinely deny the human rights of civilians and others in countries in which they operate.

The UK is the only country in Europe to recruit people as young as 16 into the army.

PPU member Wayne Sharrocks, who belonged to the British army from 2006 to 2013, said:

"Military training is a process of mental conditioning. Brutal physical punishments are common. Fear of questioning orders is instilled early on, while the army uses sophisticated techniques to remove the aversion to killing. All this has negative impacts on soldiers' mental health. This conditioning process is likely to be one of the main causes of PTSD in soldiers and veterans."

"The army's new recruitment campaign is misleading and desperate. The army exists to engage in violence in the service of the establishment, not to provide emotional support or to promote equality. The armed forces have been failing for years to meet their recruitment targets, which suggests that young people can see through the tacky adverts and recognise that the army is about violence and unquestioning obedience."

A report by health professionals in 2016, published by Medact, found that British army recruits aged 16 and 17 were particularly vulnerable to "PTSD, alcohol abuse, self-harm, suicide" and that "military recruitment marketing takes advantage of adolescent cognitive and psychosocial vulnerabilities".

A report published by Veterans for Peace in 2017, based on collecting veterans' testimonies, concluded that "army training isolates recruits from their civilian past, disorientates them, controls every aspect of daily life, keeps them under stress and uses group punishments to enforce compliance".