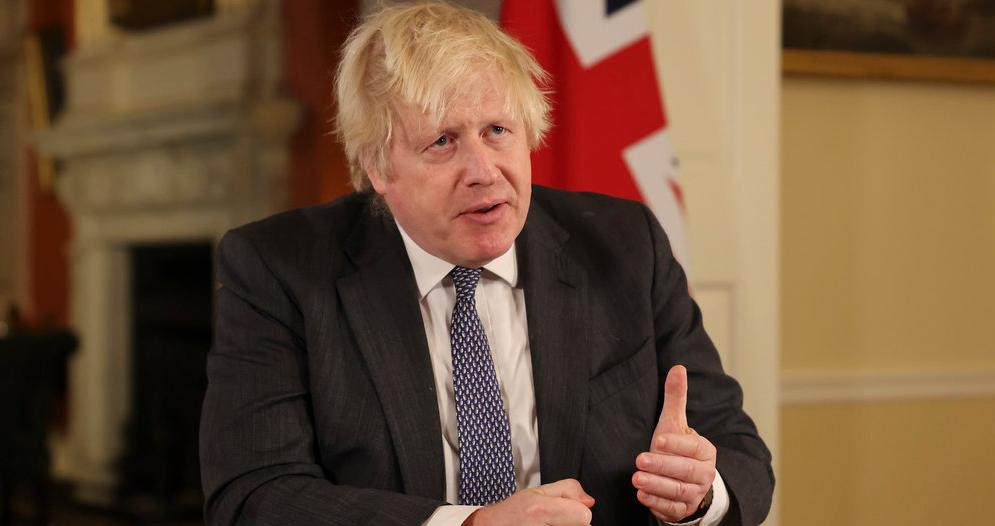 Boris Johnson has been accused of undermining his own claim to want to settle the Ukraine crisis through patient diplomacy.

The Prime Minister told the House of Commons this afternoon that he wanted to resolve the conflict over Ukraine through "patient and principled diplomacy". But the Peace Pledge Union (PPU), Britain's leading pacifist organisation, pointed out that the UK government's supply of weapons to Ukraine made a diplomatic resolution less likely.

The PPU has long dismissed the much discredited argument claiming that "if you want peace, prepare for war". They pointed to evidence from history that those who prepare for war often get what they have prepared for.

Johnson criticised threats from “powerful nations” to others, even while UK troops train the Saudi forces bombing civilians in Yemen.

He was accused of using the same sort of rhetoric as Vladimir Putin while doing nothing to solve the Ukraine crisis. The PPU said that the Russian government and NATO governments share blame for fuelling military tension over Ukraine.

The Peace Pledge Union (PPU) condemns the build-up of Russian troops on Ukraine’s borders, as well as the presence of NATO troops on Russia’s other borders.

The PPU suggested that Johnson and Putin are both using the Ukraine crisis to distract from their declining popularity in their own countries. They expressed disappointment that Keir Starmer had supported Johnson’s stance instead of challenging it.

In recent months, the Ukrainian authorities have arrested and imprisoned members of the PPU’s sibling organisation, the Ukrainian Pacifist Movement, for their resistance to war and militarism. The PPU has offered their solidarity to peace activists in Russia, Ukraine and all other countries who are resisting the drive to war.

The PPU has long supported the right to self-determination. In the event of Russian forces invading Ukraine, the PPU will back mass civil disobedience of the sort that effectively disrupted the Soviet invasion of Czechoslavakia in 1968.

“There is no military solution to this crisis. The Russian government and NATO governments are two sides of the same coin, blaming each other as they build up troops on each other’s borders and and fail to engage in meaningful negotiation. Boris Johnson talks about defending ‘freedom’, but the Ukrainian authorities have mirrored the actions of Putin’s government in locking up peaceful activists.

“The people of Ukraine, Russia, the UK, the USA and elsewhere have more in common with each other than with the grandstanding politicians and generals who would wage war in their name. We applaud supporters of peace in all countries who challenge the militaristic policies of their governments.”

You can read the Peace Pledge Union's full statement on the Ukraine crisis here.