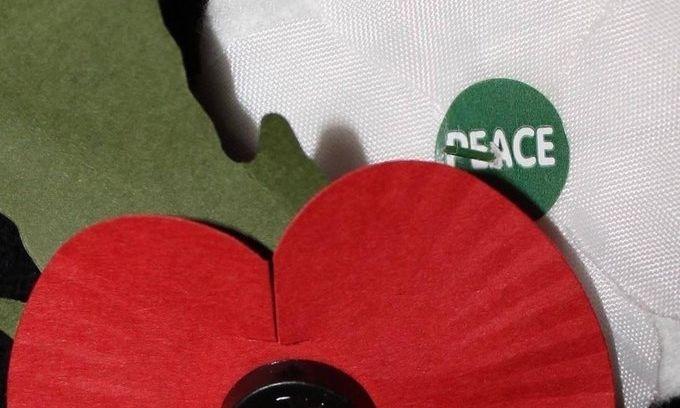 The Royal British Legion is to prevent civilian members of organisations such as St John Ambulance from joining their Cenotaph parade.

They have shifted the rules so that members of such organisations can join in only if they are current or former armed forces personnel. They found out only when they heard of the surprise decision from the Legion some months ago, but the news made headlines this morning.

The Peace Pledge Union, which produces white poppies and advocates remembrance for all victims of war, expressed concern at the change. The PPU pointed out that the Legion had only recently shifted its stance in the other direction, suggesting for the first time that they "acknowledge" the deaths of innocent civilians on Remembrance Sunday.

Girlgudiing UK has told the Daily Telegraph that no Girl Guides would join the parade "for the first time we can remember".

Critics point out that members of organisations such as St John Ambulance have not only suffered in war but have worked to support and care for other people suffering in war.

Last year, St John Ambulance changed their own rules to allow their volunteers to wear white poppies while on duty if they so chose.

The PPU's Geoff Tibbs said that the decision flew in the face of recent polling, which suggested that 86% of people believe in remembering civilians on Remembrance Sunday, and 83% believe in including all nationalities.

"It's time to put peace and inclusivity at the centre of Remembrance events," he said. "We need to remember people of all nationalities, including both civilians and members of armed forces."

The Peace Pledge Union's own Alternative Remembrance Sunday Ceremony will take place at 12.00 noon in Tavistock Square, London (near Euston station) tomorrow (Remembrance Sunday). All are welcome, and wreaths of white poppies will be laid to remember all victims of war and to demonstrate a commitment to peace.

Similar ceremonies will be held around the UK.