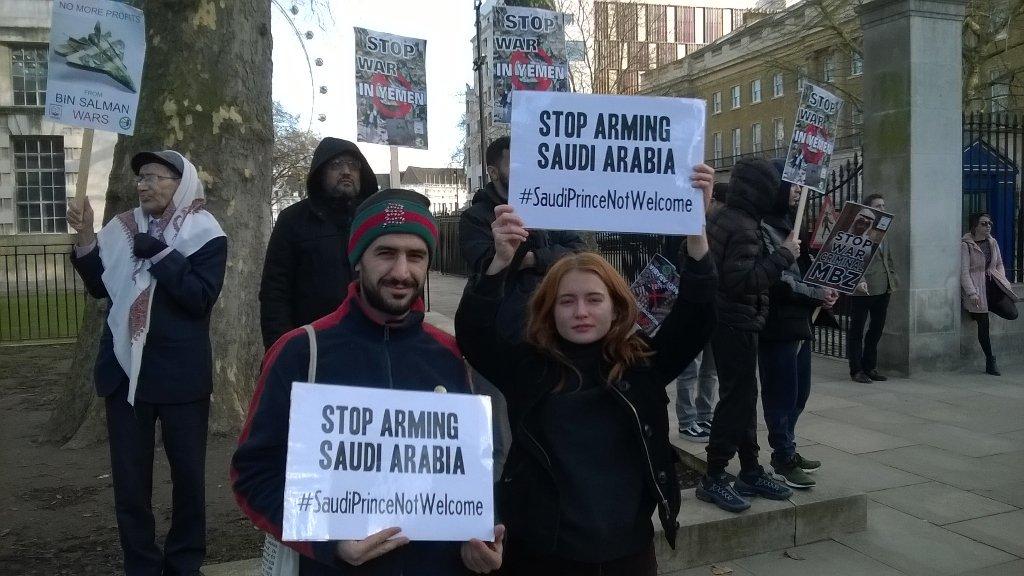 The UK government say they will investigate claims that UK "special forces" are operating in Yemen alongside Saudi-backed troops.

"Defence" Minister Mark Field refused to deny or confirm reports about the direct presence of British troops in Yemen, saying only that the government "will investigate as a matter of urgency".

In response, the Peace Pledge Union said that if the government need to "investigate", then they either don't know where their own troops are, or else they know but don't want to say.

The Mail on Sunday claimed this week that five members of the UK's secretive Special Boat Service had been wounded fighting in Yemen - a country that supposedly has no UK troops in it.

The British government has long been criticised for licensing arms sales to Saudi Arabia and for training Saudi pilots, including at RAF Valley in North Wales. This is the first time that a national newspaper has published evidence of British troops operating in Yemen itself. According to the claims, the British forces are working with Saudi-backed units that include soldiers as young as 13.

"Theresa May's government has agreed to investigate reports that British special forces are literally fighting alongside Saudi-backed troops in Yemen. The fact that they need to 'investigate' this suggests either that the Ministry of Defence doesn't know what its own troops are up to, or they know but don't want to say. Either possibility is extremely alarming.

"The arms companies and armed forces are operating in the shadows, undermining democracy not only in Saudi Arabia and Yemen but here in Britain as well."

The Peace Pledge Union, along with many other peace and human rights campaigns, has long campaigned for an end to military support for Saudi Arabia. In 2017, two PPU members - Sam Walton and Dan Woodhouse - were found Not Guilty of criminal damage after seeking to disarm warplanes produced by BAE Systems for Saudi use in Yemen.