Cambridge students vilified for wanting to commemorate all victims of war 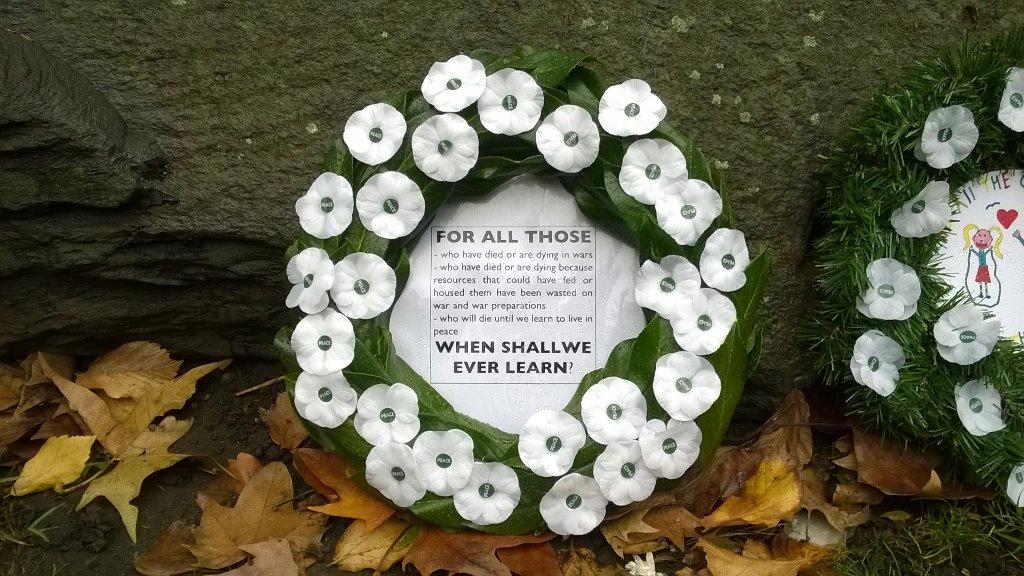 Cambridge students vilified for wanting to commemorate all victims of war

The Peace Pledge Union (PPU) has expressed support for students in Cambridge who called for remembrance for victims of war of all nationalities on Remembrance Day.

Several students who take this view have been vilified in parts of the media, and on social media, for seeking to amend a students' union motion that mentioned remembrance only for British war veterans. They called instead for remembrance for "all those whose lives have been affected by war".

The Peace Pledge Union, a longstanding British pacifist network known for distributing white poppies, has long called for Remembrance Day to involve remembrance for all victims of war and a commitment to peace.

Some reports of the debate at the Students Union Council are unclear and contradictory, but it appears that no motion about Remembrance Day was passed because there was none that the Council could reach agreement on. This has led to claims that Cambridge students have "voted against Remembrance Day".

However, the PPU pointed out that a proposal to remember all victims of war is not anti-remembrance but pro-remembrance. Student Stella Swain, who proposed the amendment, said, "For many people, war is not something that can be consigned to the past, and the original motion's focus on remembrance as 'valorising' war instead of working to end its devastating impact is deeply disturbing".

Stella Swain has been viciously attacked on social media since the debate was reported. The PPU said that mliitarist trolls have become increasingly vicious in recent years in attacking anyone who deviates from the militarist line on armed forces and remembrance.

The PPU said they would be happy to provide remembrance materials, including white poppies, to Cambridge students. White poppies represent remembrance for all victims of war, a commitment to peace and a rejection of attempts to glorify or sanitise war.