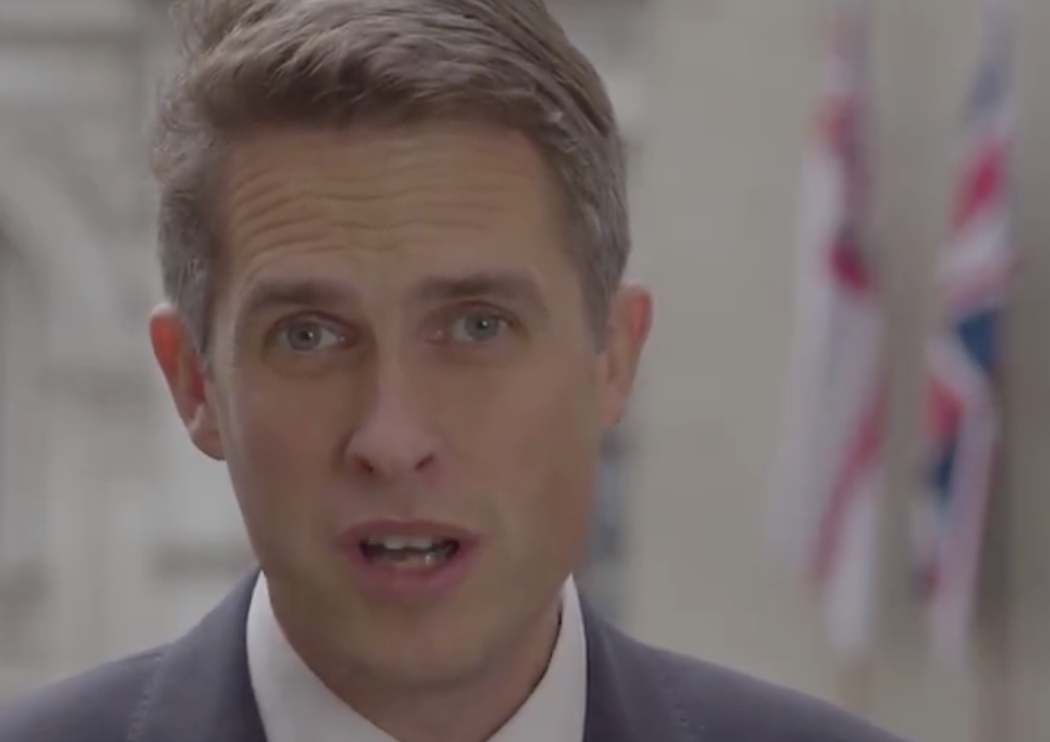 Gavin Williamson has been accused of insulting victims of war by backing the poppy appeal launch at the same time as supporting Donald Trump’s plans for a build-up of nuclear weapons.

Williamson, the UK's "Defence" Secretary today released an online film clip of himself backing the red poppy appeal. He said he was "remembering those who served [in the armed forces] in the past... and who served in more recent conflicts".

But the Peace Pledge Union (PPU) pointed out that Williamson is talking of remembering the dead while backing policies that contribute to war deaths in the present and the future.

On Sunday (21 October), Williamson responded to Trump’s plan to withdraw from a nuclear weapons treaty by saying that the UK government was “absolutely resolute” in its support of the US President’s policy. Shortly afterwards, Trump announced he wanted to increase the size of the USA’s “nuclear arsenal”.

The PPU accused Williamson and his colleagues of contributing to war deaths around the world, many of them through the sale of arms. Foreign Secretary Jeremy Hunt has ruled out ending arms sales to Saudi Arabia despite the latest international criticism of the Saudi regime.

The UK government also maintains the seventh highest military budget in the world.

Symon Hill of the Peace Pledge Union said, “Ministers insult the victims of war by posing for photos with poppies before returning to their offices to sell weapons to despots and to slash the welfare benefits that so many veterans and others rely on.”

The Peace Pledge Union is known for distributing white poppies, which represent remembrance for all victims of war, a commitment to peace and a rejection of militarism. The British Legion, who produce red poppies, say that remembrance should be concerned only with UK and allied armed forces personnel.

Today, Williamson said that the red poppy appeal is also about helping current armed forces members and "future generations" of people in the armed forces. This is far from the original message of "never again" associated with remembrance after World War One.

“Gavin Williamson talks of ‘remembering the dead’ but his own policies mean that there are more dead people to remember," said the PPU's Symon Hill. "As Williamson rattles his charity tins, children in Yemen are dying with British-made bombs sold with the licences that UK ministers have approved. 100 years after the failure of the ‘war to end all wars’, Williamson is helping to make another world war more likely with his support for Trump’s nuclear build-up."

Steve Heaney, who lives in North Wales and spent nineteen years in the Royal Air Force, is one of several veterans who today challenged ministers' attitude towards Remembrance.

"I have been dismayed and enraged in equal measure to see British politicians cry their crocodile tears of 'never again' at the Cenotaph," said Steve. "Tony Blair laid a wreath in 2002 while planning the invasion of Iraq. Cameron and May take their turn at the Cenotaph while veterans are disproportionately represented in prison populations, as homeless and suffering mental health issues. Shameful."

The Peace Pledge Union, along with other members of the First World War Peace Forum, will hold an Alternative Remembrance Sunday Ceremony at 1pm in Tavistock Square, London on 11 November. Similar events will be held elsewhere in the UK.

White poppies can be bought online or from a number of shops, cafes and groups around the UK.