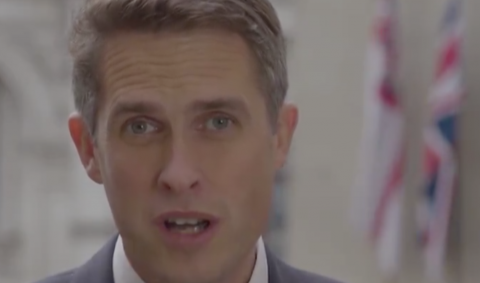 Gavin Williamson's announcement of new UK military bases in the Caribbean was made without consulting the countries concerned.

The revelation results from a Freedom of Information request, which shows that the UK's "Defence" Secretary had not talked with the authorities in Guyana or Montserrat before announcing plans for new British military bases in the area.

The news undermines Williamson's claim that that UK will be a global military power after Brexit, an idea that was linked to the opening of new bases.

In a high-profile interview with the Sunday Telegraph at the end of last year, Williamson announced that a new UK military base would be built in the Caribbean. Following the interview, "sources close" to Williamson said it could be in Guyana or Montserrat.

It now turns out that the "Defence" Secretary had not consulted anyone in Guyana or Montserrat prior to this point. The authorities in both places heard of the plan through media reports.

In a similar vein, Williamson does not even appear to have discussed the idea with his own civil servants.

The revelation follows a Freedom of Information request made by the journalist Phil Miller at the Morning Star.

A British diplomat whose emails were revealed by the Freedom of Information request had written to colleagues after Gavin Williamson's announcement to say they had nothing of the plan, adding "Has anyone asked Guyana ... ?”

Writing sarcastically about Williamson's tendency to reveal plans in media interviews, the diplomat added, “Luckily I subscribe to the Telegraph as so far this year it has enlightened me about Commonwealth Recruiting, funding for Commonwealth veterans, and now these new bases…”

Symon Hill of the Peace Pledge Union (PPU) said, "Once again, Gavin Williamson has announced military plans to look tough and gain headlines. War is not a game, but Gavin Williamson is acting like a Victorian colonial administrator, deploying troops on a whim with little regard to the effects on either Britain or the wider world. Grandiose postruing won't make anyone any safer. We don't need military bases. We need to focus on tackling the root causes of insecurity and war."