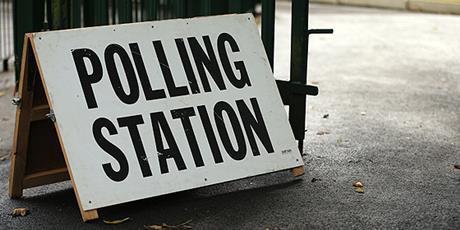 The Peace Pledge Union has published five key questions for general election candidates on issues of peace and militarism.

With four weeks to go until Polling Day, PPU members and supporters are contacting candidates in their constituencies to ask their views on these subjects. This will help to let candidates know that people care about these issues. It will also help the PPU to identify the views of people who may be about to be elected to Parliament.

Publishing the questions, the PPU pointed out that peace is linked to a wide range of other issues, from power and poverty to human rights and climate change.

The PPU also emphasised that it is a pacifist organisation that opposes war and militarism in all forms. Nonetheless, the PPU have always worked alongside non-pacifists on shared concerns.

"Selecting these five questions was not easy," explained PPU campaigns manager Symon Hill. "There are many other issues we care about, as well as wider and deeper principles about choosing nonviolence and rejecting militarism. However, these five questions all relate to key changes that would make a substantial difference in the move towards a more peaceful and less militaristic society."

Many PPU members and supporters will add other concerns to the five questions when contacting candidates, while others will pick out two or three questions on issues that especially concern them.

Candidates will be asked whether, if elected as a Member of Parliament, they would:

1. Support proposals to raise the minimum age of enlistment in the armed forces to 18, in line with international norms?

2. Support an end to military support for Saudi Arabia and other parties to the war in Yemen, including a complete end to arms sales to the regime and to the training of Saudi forces by UK troops?

3. Seek to ensure that children and young people hear a range of views on war and peace as they grow up, meaning that any visits to schools by armed forces or arms companies involve discussion of the issues involved rather than presenting a one-sided or glamorised image of armed force?

4. Call for money currently allocated to military spending to be used to tackle root causes of insecurity, such as climate change?

5. Back plans for the arms industry to be replaced with socially useful industries (such as renewable energy), ensuring continuing employment for people currently employed in the arms trade?

Please visit our general election page for guidance on contacting your candidates and passing on the responses.