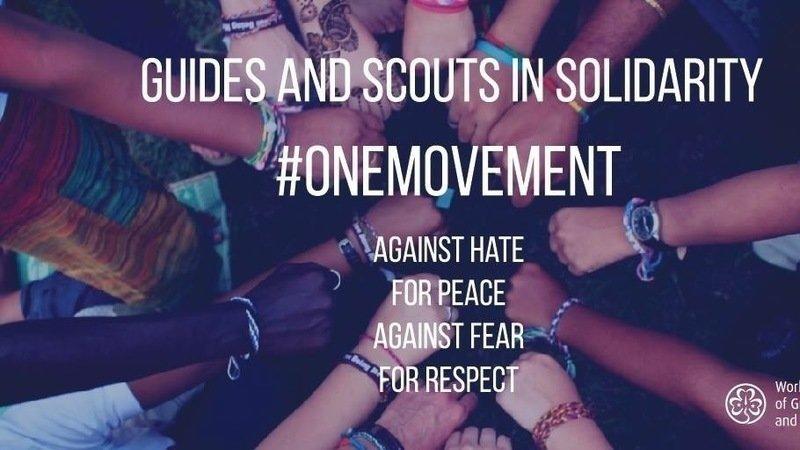 A large number of Guides and Guide leaders have expressed disappointment, sadness and surprise following the announcement of a new partnership between Girlguiding UK and the British army.

The news has triggered strong criticisms on social media, while the Peace Pledge Union (PPU) has heard from several current and former Guides and Guide leaders who want their organisation to ditch the partnership. Some have said they will end their association with Guides if it continues.

The PPU is urging its members and supporters to sign a petition started by Pippa Gardner, a former Guide, calling on Girlguiding UK to drop the partnership.

The news comes only months after Girlguiding UK announced major changes, with a renewed focus on human rights, equality and peace. The Peace Pledge Union described the army partnership as a "backward step" for Girlguiding UK.

The PPU said the news is the latest example of everyday miltarism, as military organisations and attitudes seep into more and more areas of life in the UK.

Despite claims that the partnership is not about recruitment, it has emerged that the army deployed recruitment stands to at least one Girlguiding event during the August bank holiday weekend.

Girlguiding UK is now in a bizarre position: they will not allow Guides to play Laser Quest, as it involves shooting fake weapons at human targets, but Guides can be encouraged to join the army, in which they will be trained to fire real weapons at real people.

"This is a strange shift in direction for Girguiding UK, which had come along way to building a peaceful and progressive organisation," said Hilary Cornish, a member of PPU's national Council and a former Guide and Guide leader.

She explained, "I was a Guide and Guide leader for about 15 years, and I've kept my hoodie, because I assumed that some day I'd go back. Now I'm not sure."

"Guides for me was about building international friendships and a real commitment to peace. I used to love discussing with the girls why as an organisation we don't shoot at human targets, so don't even take part in games like Laser Quest. Working with the armed forces doesn't reflect the parts of Guiding I love."

Girlguiding UK has justified the partnership by saying that "Leadership and the skills needed to be a good leader are key attributes of the British army and key features within Girlguiding."

They have made no reference to the army's core purpose of commiting, threatennig and faciltating warfare. Critics suggest that the development of leadership skills will be hampered, not improved, by a partnership with an organisation that operates on the basis of obedience without reference to conscience.

The PPU's opposition to Girlguiding UK's new deal with the army is shared by other peace and human rights organisations, including Forces Watch and the Fellowship of Reconciliation.