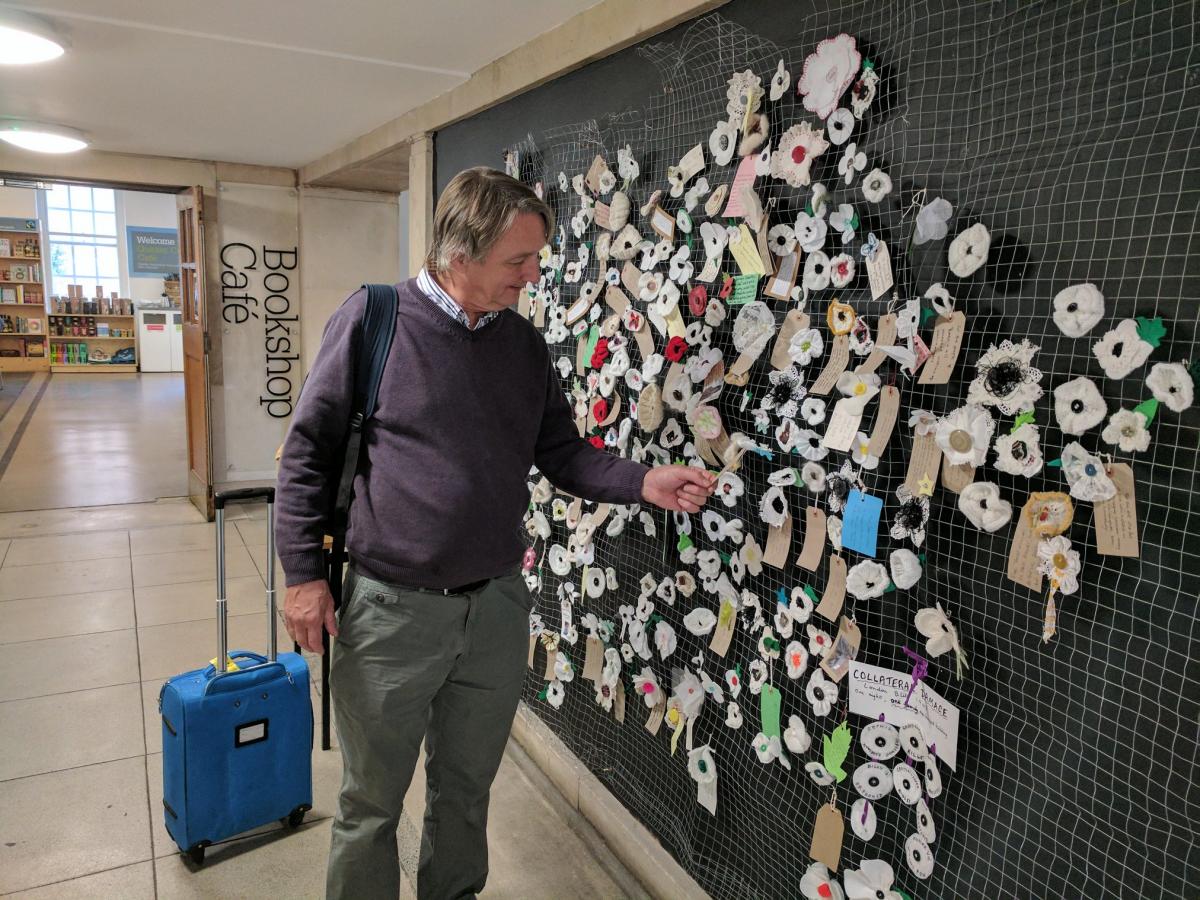 Hundreds of people around Britian are contributing to the production of handmade textile white poppies - many of them knitted - to remember particular victims of war.

The art project has taken the name 'Collateral Damage' - highlighting the reality of human suffering behind the dismissive euphemism often used to describe civilian victims of war.

The new project complements the Peace Pledge Union's distribution of thousands of white poppies in the run-up to Remembrance Sunday every year.

While the Peace Pledge Union is backing the Collateral Damage art project, it is an independent project that is also supported by a range of peace, human rights and faith-based groups.

The project marks the hundredth anniversary of the end of World War One. Despite being named "the war to end wars", in reality war has continued somewhere in the world every year since then. In the twenty-first century, over 90% of people killed in war are civilians.

The organisers of Collateral Damage are keen to emphasise that anyone is welcome to knit, crochet or otherwise produce a textile white poppy, with a tag naming the victim or victims it has been made to commemorate. More information is available here about the production of such poppies and how to send them to join a central installation (they need to be sent by 15 October).

A large installation of these handcrafted textile poppies will spread along the walls of Friends House - the Quaker conference centre opposite Euston station in London - from 1 November until 21 December. Meanwhile, a number of smaller exhibitions of poppies have been popping up in venues around the country.

Supporters are encouraged to post photos of their handmade textile poppies on social media, along with their stories.

Collateral Damage grew out of Art the Arms Fair, when handmade white poppies were displayed at the time of the DSEI arms fair in London in 2017.