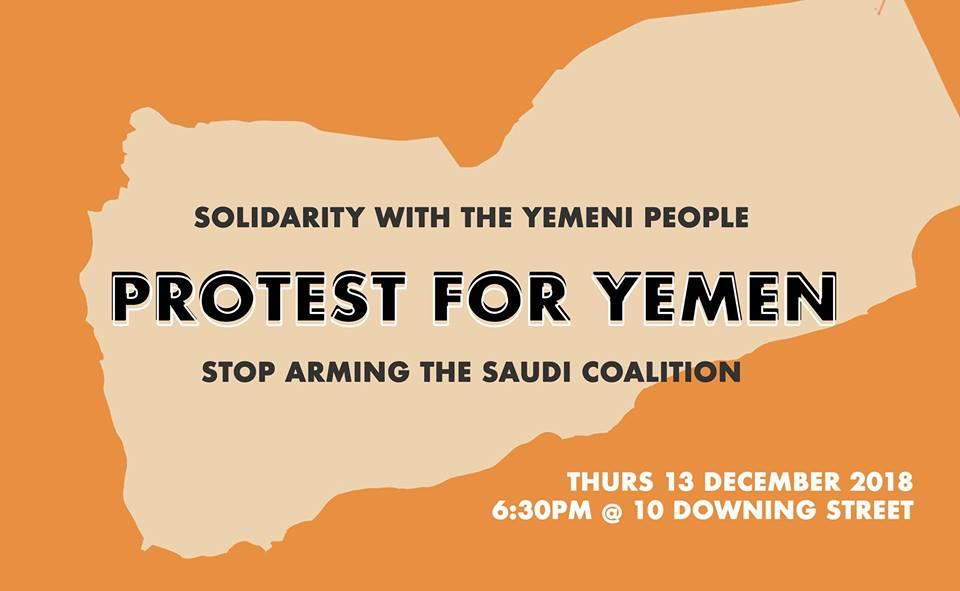 UK Foreign Secretary Jeremy Hunt has been accused of hypocrisy after attending peace talks about Yemen - while continuing to train and arm Saudi forces that are killing Yemeni civilians.

Hunt attended peace talks in Sweden today (13 December 2018), with representatives of both sides in the Yemeni civil war and of the United Nations. The talks appear to have resulted in an agreement for a ceasefire in the port city of Hodeidah.

The Peace Pledge Union, a UK-based pacifist campaigning group, welcomed news of the ceasefire while expressing concern about whether it will be adhered to in practice. They said that a national ceasefire is needed, and added that the biggest contribution the UK government could make would be to end arms sales to the Saudi regime and training for the Saudi air force.

The PPU is backing Students for Yemen, who are organising a protest outside Downing Street from 6.30 this evening, calling for an end to UK arms sales to the region.

UK government aid to Yemen has attracted strong criticism within the country, with many Yemenis expressing disbelief that the UK would claim to be helping with aid while continuing with multibillion pound arms deals with the Saudi regime. The Saudi regime has been accused by the United Nations and international NGOs of attacking civilian targets in Yemen, including schools and hospitals. As many as 14 million Yemenis are estimated to be at imminent risk of famine.

The UK government has licensed £4.7bn of arms to Saudi Arabia since the Saudi regime started bombing Yemen in 2015.

In additiion, the UK's Royal Air Force is providing training to members of the Saudi air force who are bombing Yemen. Saudi pilots are being trained at RAF Valley in North Wales.

"The Peace Pledge Union does not support either side in the Yemeni civil war," explained PPU spokesperson Symon Hill. "We would oppose selling weapons to either of them. Yemen needs a national ceasefire. But Jeremy Hunt and his government offer soft words at peace talks while plying the Saudi regime with bombs and aircraft. Ministers and generals like to tell us that the UK armed forces exist to defend democracy, but they are training Saudi pilots in Wales to attack people in Yemen. The UK government, arms companies and armed forces leadership must be held to account."

The PPU rejected the notion that arms exports should be supported as a source of jobs in the UK. They pointed out that such jobs are heavily subsidised and could be converted into socially useful jobs if the political will were there to do so.

Last year, two members of the Peace Pledge Union - Sam Walton and Dan Woodhouse - were found Not Guilty of criminal damage after attempting to disarm warplanes bound for Saudi Arabia and Yemen.