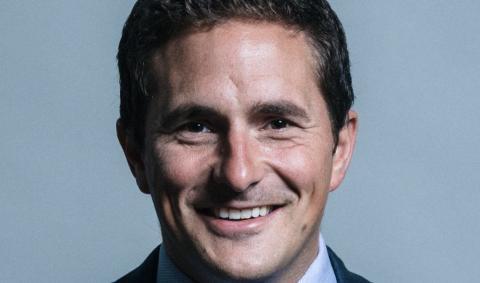 Minister for Veterans Johnny Mercer is accused of leaking questionable information to push the Overseas Operations Bill through Parliament.

The Peace Pledge Union (PPU) insisted this morning that the bill must not be allowed to proceed through Parliament if the allegations are found to be true.

The bill reduces the chances of troops being prosecuted for war-related crimes. Even now, such prosecutions are extremely rare.

Allegations in today's Mail on Sunday suggest that Mercer leaked a story of doubtful accuracy to the media in October, reporting that a judge would be appointed to oversee investigations into war crimes by British troops. The Mail suggests that this was to “bounce” Mercer's boss, Defence Secretary Ben Wallace, into going ahead quickly with the Overseas Operations Bill.

Mercer and his colleagues are already facing criticisms that the bill is rushed and unclear and that it disregards the human rights of both armed forces personnel and civilians. Having being passed by the Commons last month, it is now with the House of Lords.

The bill has been criticised by former army senior legal adviser Nicholas Mercer, the Royal British Legion, Veterans for Peace and NGOs that support victims of torture. It has been nicknamed the War Crimes Immunity Bill by the Peace Pledge Union (PPU), Britain's leading pacifist campaign group.

The bill introduces a “presumption against prosecution” of forces personnel for crimes alleged to have taken place longer than five years ago while operating outside the UK, including allegations of torture. It also makes it harder for veterans to take legal action against the Ministry of Defence, through a six-year “cut-off” period.

Only months before the bill was introduced, fresh evidence was published by the Sunday Times, the BBC and the Guardian of war crimes by UK troops in Iraq and Afghanistan.

“Johnny Mercer and his colleagues have been pushing this shameful, sordid bill through Parliament despite ongoing criticism from lawyers, veterans' groups, charities and NGOs. Mercer plays down war crimes and his bill shows contempt for the rule of law and the human rights of both armed forces personnel and the people who live in places where they operate. This bill would position the armed forces as institutions above the law.

“If it turns out that even the introduction of the bill was based on a dishonest leak from Johnny Mercer, this should be the final nail in the coffin for this vile piece of legislation.”