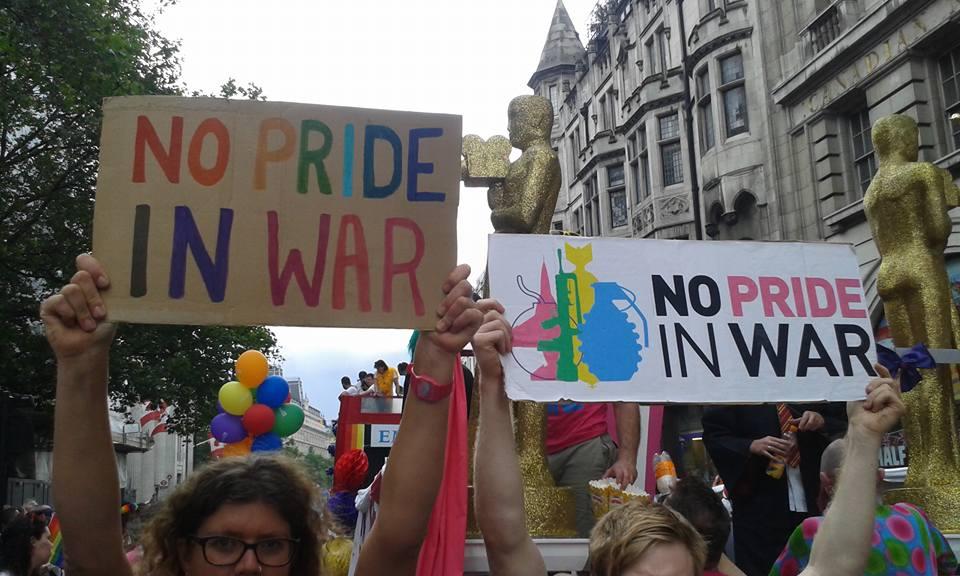 The organisers of LGBT Pride in Surrey have triggered outrage after declaring that transnational arms company BAE Systems will be their lead sponsor in 2019.

Critics point out that BAE Systems arms some of the world's most homophobic regimes, such as Saudi Arabia, and thereby assists in the persecution of LGBT people.

Pride in Surrey have been urged to ditch the partnership by the Peace Pledge Union (PPU), Lesbians and Gays Support the Migrants (LGSM), the Campaign Against Arms Trade (CAAT) and other peace and LGBT activists.

In recent years, these groups have been part of an informal campaign network called No Pride in War, challenging attempts by arms companies and armed forces to pinkwash their image by claiming to support LGBT people.

Symon Hill of the Peace Pledge Union, who is also a bisexual activist and frequent participant in Pride events, said:

"This is a disgusting decision by the organisers of Pride in Surrey. It is an insult to LGBT people who are imprisoned and tortured in Saudi Arabia by a regime that is armed by BAE. Militarism is built on values of hierarchy and hyper-masculinity. It is not compatible with the values of human rights and equailty that motivate struggles for queer liberation."

There have been several protests in recent years against the increasing attempts by armed forces and arms companies to promote themselves as pro-human rights and to target LGBT people for recruitment. Army recruiters at LGBT Pride in York last year were easily outnumbered by protesters.