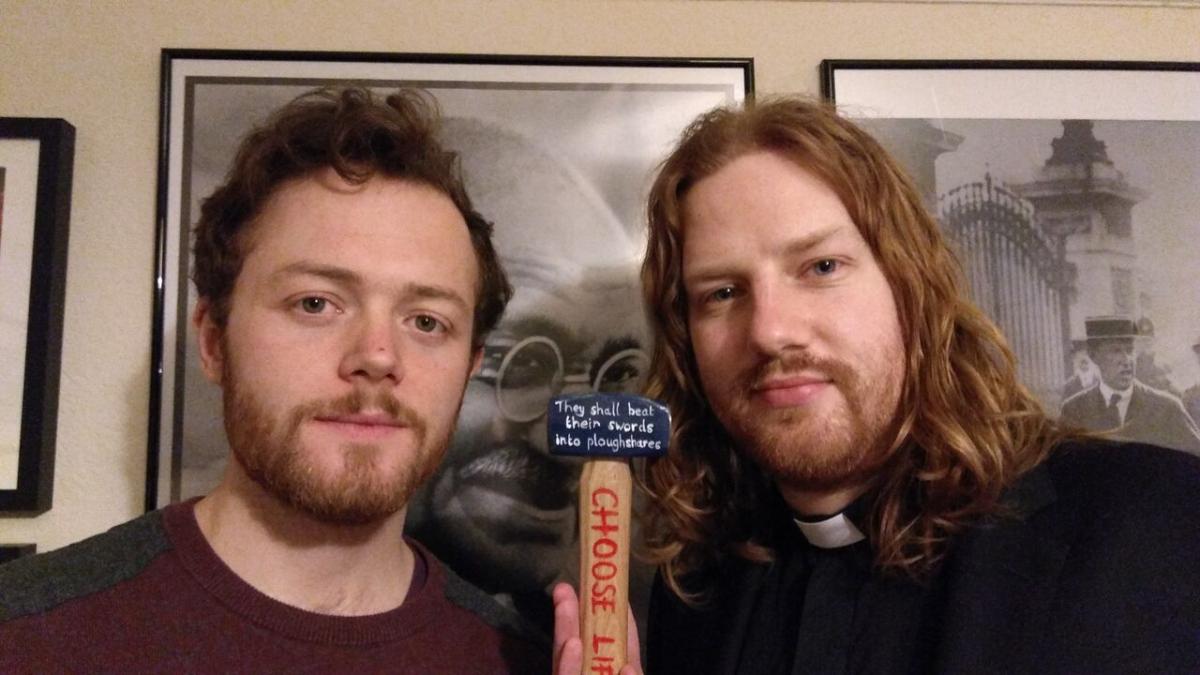 A Methodist minister has said he was acting on his pacifist principles when he attempted to disarm a warplane bound for Saudi Arabia. Rev Dan Woodhouse, from Leeds, said he had no regrets despite facing a trial for criminal damage and the possibility of imprisonment.

He was speaking at Pacifist, Not Passive, a gathering of pacifist activists from around the UK. The event, organised by the Peace Pledge Union (PPU) and held in London yesterday (3 June), challenged the idea that pacifism is about passivity or submission.

Dan Woodhouse told the conference, “Evil prevails when good people are not prepared to risk arrest”.

He was cheered and applauded by the assembled pacifists as he spoke about his action, which he carried out with fellow PPU member Sam Walton at the BAE base in Lancashire on 29 January this year.

The conference also heard from Rhianna Louise on challenging the involvement of armed forces in education, and Chris Henderson on using social media to promote pacifism.

PPU staff reported on the latest news in plans to develop their white poppy campaign, following record sales of white poppies over the last three years. Other topics included preparation for nonviolent resistance to the London arms fair in September.

The Peace Pledge Union (PPU), who organised the event, maintain that pacifism is an active alternative to both violence and passivity, involving nonviolent resistance to war and militarism. The PPU includes pacifists of several religions as well as those of no religion and of other worldviews.

“I was very encouraged to receive such a warm response at Pacifist, Not Passive. It was inspiring to meet other passionate peacebuilders using a wide range of campaigning tactics. It was good to chat, encourage and be encouraged. I was honoured to be asked to talk at such an event. I hope I showed that pacifist activism doesn't take superheroes, just normal people who are willing."

The Peace Pledge Union is a UK-based pacifist network. PPU members pledge not to support war and to work instead for the removal of the causes of war. The PPU' s work includes challenging militarism, promoting active nonviolence, providing educational resources on peace, maintaining records on conscientious objection and encouraging remembrance for all victims of war. Founded in 1934, the PPU is the oldest secular pacifist organisation in the UK.