Military spending increase is an insult amidst cost-of-living crisis 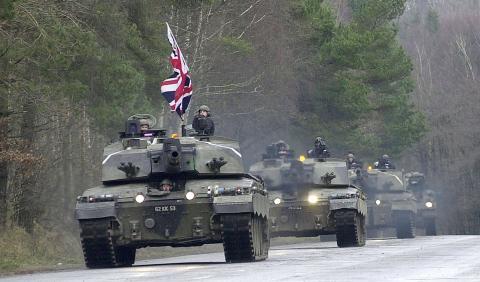 Military spending increase is an insult amidst cost-of-living crisis

The Peace Pledge Union (PPU), Britain's leading pacifist network, said that increasing military spending will not help people in Ukraine, prevent future wars or make people in the UK any safer. They are now planning protests against the policy in the coming weeks.

The UK already has the fourth highest military spending in the world, according to the latest academic analyses. In November 2020, Boris Johnson announced the biggest increase in military spending since the Cold War.

The PPU described the term 'defence spending' as a euphemism, as it does not cover defence against many of the most serious threats that we face, including poverty, pandemics and climate chaos.

"After telling British workers to exercise pay restraint, Boris Johhnon has barely paused for breath before announcing a whopping increase in the billions spent on weapons and war.

"A hypothetical future invasion is a long way down the list of threats faced by people in the UK. If you’re queueing at a food bank, anxious about heating bills or unable to buy toys for your children, then your life will not be made safer or better by an increased budget for long-range rocket artillery. The only thing this policy will defend is the profits of arms dealers.

"The militarist lobby and the arms industry have cynically used the horrific war in Ukraine to push for higher military spending.This is a massive insult to people suffering in Ukraine. The UK government and other NATO members have poured billions of pounds into military spending in recent years, but this failed to stop Putin’s vile invasion. Boris Johnson has not explained why a policy that failed to stop war in Ukraine will somehow be effective in stopping future wars. There can be no military solution to the Ukraine crisis, which can be ended only by meaningful peace negotiations.

"While British military bosses like to talk about Ukraine, they are a lot quieter about the repeated use of British troops to train the forces of some of the world's most vicious regimes, including the Saudi forces attacking civilians in Yemen."

As the British section of War Resisters' International, the PPU condemned Putin's invasion of Ukraine on the day it began and has remained in contact with peace activists in Russia and Ukraine.

The Peace Pledge Union is a group of people who pledge to reject war and to tackle the causes of war. We are pacifist, not passive. Join us!