Police under scrutiny as charges dropped against pacifist 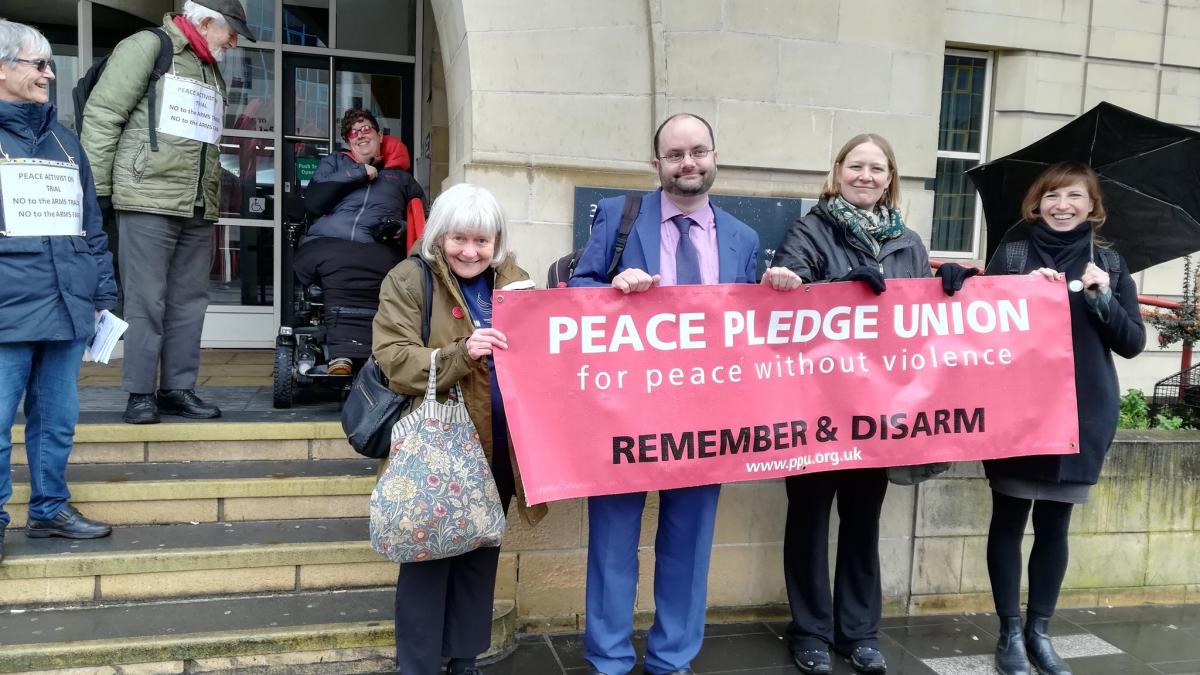 Police under scrutiny as charges dropped against pacifist

The Metropolitan Police are facing questions after the last-minute withdrawal of charges against a pacifist activist.

Symon Hill, Campaigns Manager of the Peace Pledge Union (PPU), was accused of obstructing the road to the DSEI arms fair in London last September.

Proceedings against Symon had been underway for five months before the prosecution dropped the charges this morning, as he was about to stand trial at Stratford Magistrates’ Court in London. Defence barrister Leila Mezoughi had pointed out that the road was already obstructed when her client stepped into it - partly by a police van - and that therefore no case could be made against him.

Symon Hill is now seeking legal advice in regards to challenging the legality of his arrest.

He was one of over 100 people arrested while peacefully resisting the DSEI arms fair at London’s Excel Centre in September.

A police officer had initially threatened to arrest Symon Hill for “breach of the peace” but appeared to lose his temper after Symon explained that he was trying to promote peace by stopping an arms fair, and asked him to explain the meaning of "breach of the peace". He then arrested him for obstructing the highway. Symon maintains that the police officer subsequently lied in his witness statement about Symon's behaviour and language.

The PPU questioned the waste of public money in the five months since the arrest took place, during which Symon Hill has been required to attend court three times while the Crown Prosecution Service pursued the case at taxpayers’ expense.

Members and allies of the Peace Pledge Union, the Campaign Against Arms Trade and other groups joined a peaceful demonstration outside the court this morning, leafleting passers-by as it snowed.

“Today’s decision makes clear that I should never have been arrested. My arrest seems to have happened because a police officer became frustrated with my entirely reasonable questions when he accused me, rather than the arms dealers, of breaching the peace. Will the police be allowed to get away with arresting someone simply because they don't like the questions they're asking?

“I am just one of many people who took action against the DSEI arms fair, some of whom have already been on trial in this court. I'm very, very grateful to people who have supported me at court today and sent messages of encouragement.

“If I saw someone being murdered in the street, it would be immoral to ignore it. The same principle holds true even when killers wear suits and their victims are far away. I have joined protests, lobbied MPs and been part of court cases about the arms trade. As a pacifist, I believe it's sometimes necessary to go further and put my body in the way of injustice. Because I am a pacifist, I can't be passive."