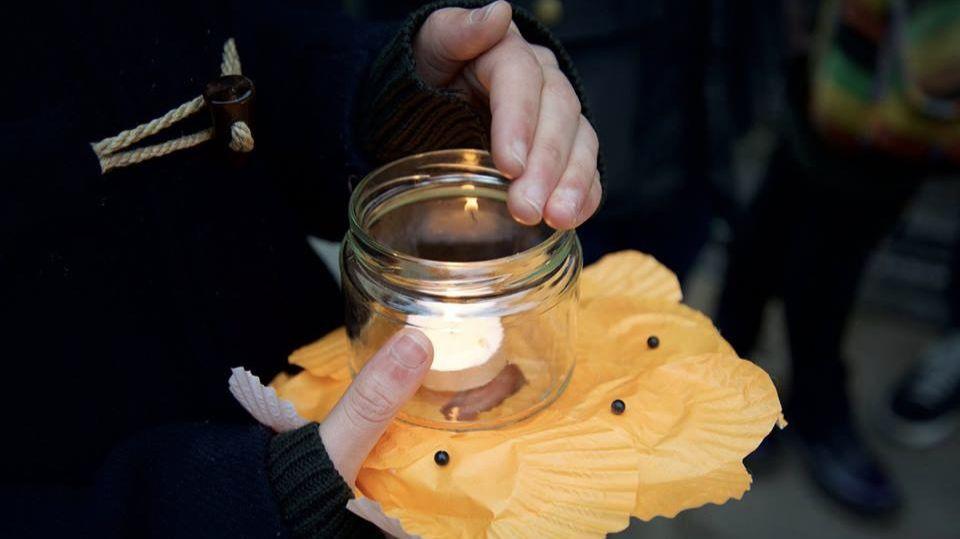 The Peace Pledge Union is joining with Lesbians and Gays Support the Migrants in a ceremony to remember refugees who have died seeking safety.

The event, entitled 'Remember Refugees', will take place the day before Remembrance Sunday. It is organised by Lesbians and Gays Support the Migrants (LGSMigrants). In backing the event, the PPU pointed out that a large percentage of refugees are fleeing war and other forms of violence.

Participants will gather outside the Ministry of Defence in London at 1.30pm on Saturday (9th November). After speeches and reflection, wreaths will be laid in memory of people who have died while seeking refuge.

In annoucing the event, LGSMigrants explained, "People escaping horrific violence and conflict face abandonment at sea, abuse and intimidation from European border forces and the continued violation of their human rights. This increasingly harsh border regime has led to the deaths of many refugees in the UK and across Europe."

The Peace Pledge Union (PPU) has long called for Remembrance Sunday to involve remembrance for all victims of war, civilians as well as armed forces personnel, of all nationalities.

LGSMigrants added, "At this time of remembrance and reflection, we cannot forget those who have died trying to reach safety. We must not let any more people die at our borders. We need safe passage now."

On the following day, Remembrance Sunday, the Peace Pledge Union will be holding their annual Alternative Remembrance Sunday Ceremony in Tavistock Square, London. Other alternative ceremonies, with a focus on peace and remembrance for all victims of war, will be taking place around the UK.

The PPU produces white poppies to symbolise remembrance for all victims of war, a commitment to peace and a rejection of militarism.

The PPU has worked with LGSMigrants on several other issues, including the No Pride in War campaign, which challenges attempts by arms companies to pinkwash their image by sponsoring LGBT Pride events.