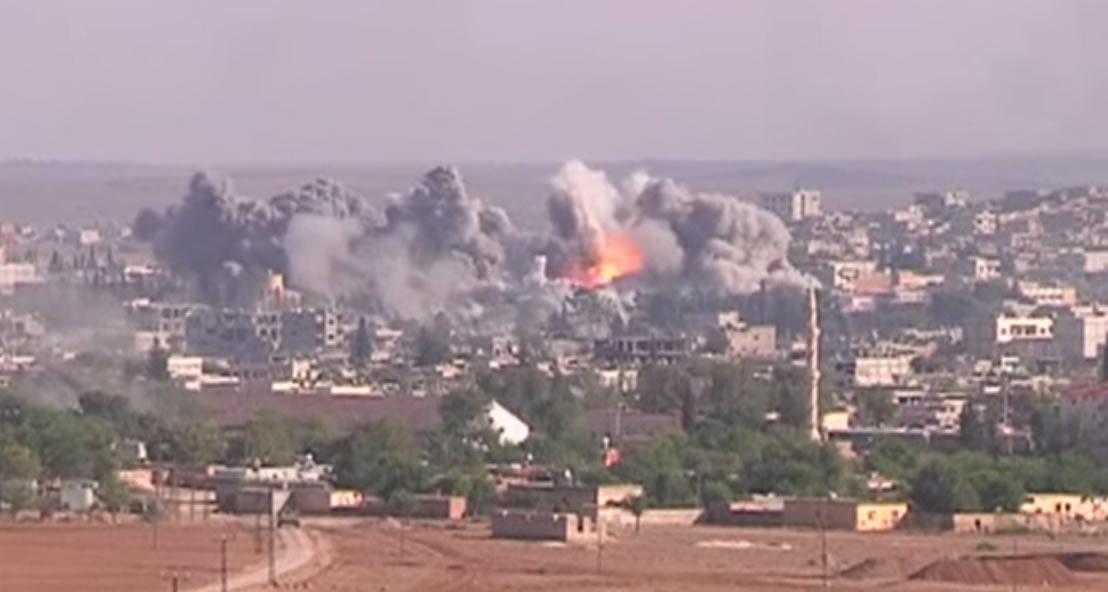 This morning people in the UK woke to the news that the Royal Air Force had joined with US and French air forces to carry out yet more bombing in Syria.

The Peace Pledge Union condemns these attacks, as well as similar attacks carried out by other forces on various sides in Syria. The last thing that Syria needs is more weapons, more armies or more war.

The Peace Pledge Union shares the horror felt across the world at recent killings in Syria. We oppose all groups, governments and armed forces inflicting suffering on the people of Syria, whatever their nationality or political position.

The vast majority of those killed, wounded and displaced in the Syrian war are of course innocent civilians, as is now the case in nearly all wars. Nothing more graphically illustrates the inability of war to solve problems than the spiral of violence into which Syria has descended over the last seven years.

War will be ended only by meaningful commitment to dialogue and diplomacy by all parties involved in the conflict, and by a determination to tackle the underlying causes of war. We are sad and angry at the sight of world leaders such as Theresa May, Vladimir Putin and Donald Trump using the crisis to boost their own standing and to appear tough on the world stage. The people of Syria continue to be the innocent victims of political posturing; pawns in a global conflict that they did not choose to be part of.

The Peace Pledge Union condemns the abject failure of world leaders to proactively pursue peace and to think beyond armed conflict. Such failure has led Syria to its current situation, built on the back of warmongering in the region going back over the last century and beyond. This situation cannot be remedied with yet more violence.

We do not of course imagine that dialogue and negotiation can solve Syria's problems overnight. However, they will ultimately be the only way in which the war will be ended and that will happen sooner rather than later if the political will is put into conflict resolution rather than military victory. It is staggeringly naïve to suggest that deep-seated problems can be solved by dropping bombs.

Most importantly, we offer our thanks and support to people in Syria who are working for peace and humanity in unimaginably difficult circumstances. We urge governments that claim to be outraged by the situation in Syria to demonstrate their support for its people by prioritising humanitarian assistance and being prepared to welcome refugees.

Here in the UK, Theresa May accurately describes the Assad regime's atrocities as “horrific”. While debate goes on over the use of UK troops in Syria, it is rarely mentioned that UK troops are already in Saudi Arabia, training the Saudi forces who are committing atrocities in Yemen, which are as horrific as the actions of Assad and others in Syria. The UK government condemns the crimes of certain tyrants while providing arms and training that facilitate the atrocities of other tyrants. We can only overcome violence if we are morally consistent.

Amidst the horrors, there are occasional glimmers of hope. We note that there are people campaigning against war in all the countries whose governments and troops have become involved. Peace activists in Russia and Iran are challenging their governments' atrocities in Syria, as are peace activists in the US, France, Israel and here in the UK.

We offer our solidarity and support to people around the world engaged in nonviolent resistance to war and preparations for war. War will end only when people refuse to go along with it.