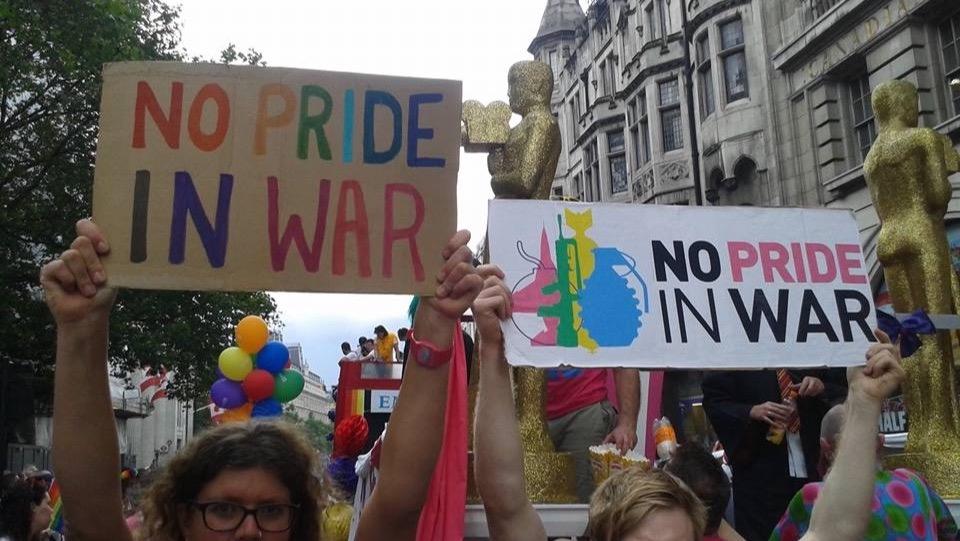 Organisers of LGBT Pride in Surrey are facing more calls to ditch arms firm BAE Systems as the "Lead Sponsor" of their parade in Woking on 10 August.

As one of the world's leading arms companies, BAE sells wepaons around the world, most infamously to the brutal regime of Saudi Arabia, complicit - according to the United Nations - in targeting and killing thousands of civilians in Yemen. LGBT people living under the Saudi regime are routinely imprisoned, tortured, flogged and killed.

The pressure on Pride in Surrey has increased in recent days after a trans organisation became the first group to pull out of participation in the event over BAE's involvement.

TMSA-UK, a group for trans masculine, non-binary and gender-variant people, tweeted, "TMSA-UK will not be attending Pride in Surrey 2019 since their headline sponsor was announced. Our communities' values, ethics and beliefs are too important to us."

Pride in Surrey's deal with BAE had already been criticised by groups including the Peace Pledge Union (PPU), the Campaign Against Arms Trade (CAAT) and Lesbians and Gays Support the Migrants (LGSM). Tim Rosson, a gay pacifist in Surrey, has started a petition urging the organisers to ditch the BAE deal.

LGBTQ members of the Peace Pledge Union - who co-founded the informal "No Pride in War" campaign to resist pinkwashing - described BAE's sponsorship of Pride in Surrey as an example of everyday militarism, whereby military systems and organisations creep into ever more areas of life.

The PPU made clear that they are not objecting to workers at BAE Systems attending Pride marches. Instead, they are challenging the attempts by arms companies and armed forces to pinkwash their image by sponsoring Pride events.

Introducing his petition, Tim Rosson said, "While BAE Systems is happy to present a good face by showcasing employee diversity and sponsoring Pride events, it clearly does not regard women and LGBTQ+ people as important in countries it does business with, some with institutionalised discrimination and violence against them."

He asked, "Who benefits more from this sponsorship? Pride which must compromise its human rights values, or BAE Systems which apparently can use the LGBTQ+ community in Surrey to pinkwash its activities?"