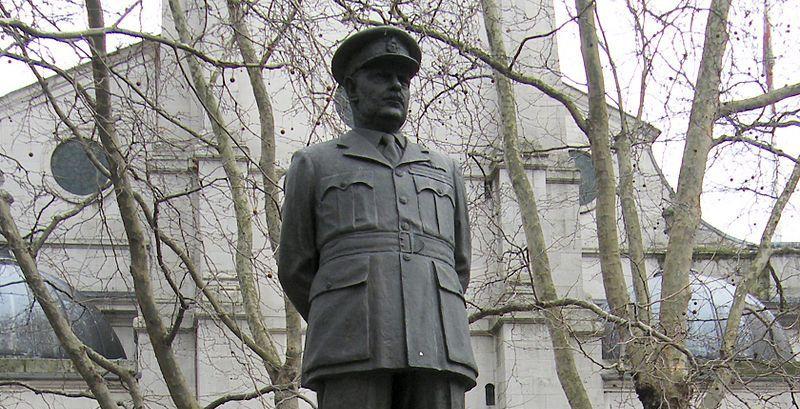 The Peace Pledge Union has reiterated calls to remove a statue of Arthur Harris, known for colonial atrocities and bombing German civilians.

The PPU's comments come amidst renewed debate about the place of statues and the nature of history, following calls by the Black Lives Matter movement to remove statues of slave traders and to build memorials to victims of the transatlantic slave trade.

The PPU organised protests when the Harris statue was put up in 1992 in the Strand in London. In the 1940s, the PPU joined with other groups to speak out against the deliberate targeting of German civilians by RAF Bomber Command.

Today the PPU continues to speak out against the RAF's training of Saudi troops that are targeting civilians in Yemen.

Arthur Harris – known as “Bomber Harris” or “Butcher Harris” - was heavily involved in the bombing of civilians in colonial conflicts in Iraq, Palestine and India before developing a strategy for killing thousands of German civilians in World War Two.

“There is much in British history to celebrate and much to lament,” said Geoff Tibbs, Remembrance Project Manager of the Peace Pledge Union. “This is about looking at our past with honesty. The atrocities committed by Bomber Harris in Iraq, Germany and elsewhere are not something to celebrate.”

He added, “The Black Lives Matter movement have rightly reminded us all that how we view the past affects how we live in the present. Recognising the suffering and injustices of war and colonialism in the past should lead us to work against them today and to address their ongoing legacies. 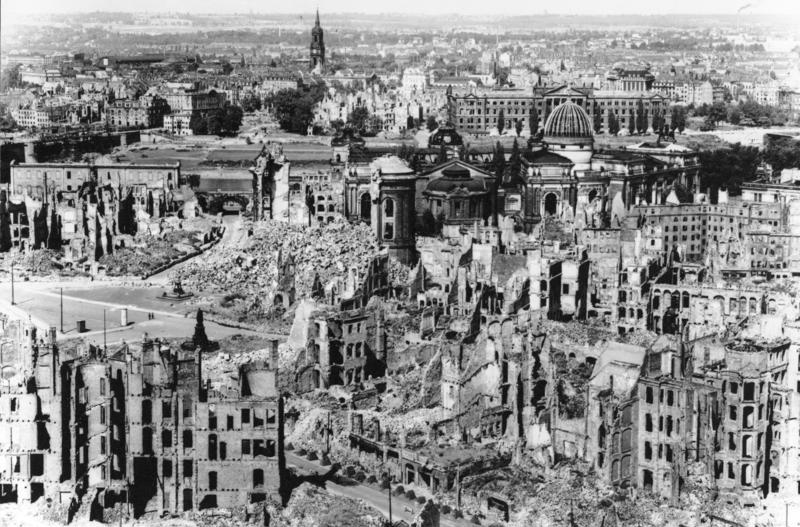 “Today the RAF are sadly building on the legacy of 'aerial policing', which Harris developed, by training Saudi troops who have been bombing schools and hospitals in Yemen.”

Arthur Harris worked on the strategy of “area bombing” of civilian populations in Mesopotamia (now Iraq) in 1923. In 1936, while stationed in Egypt during the Palestinian Arab Revolt, he suggested “one 250 pound or 500 pound bomb in each village that speaks out of turn”.

From 1942, Harris devised the strategy of the mass bombing of German cities, which was implemented over the following three years. Most infamously, this involved the killing of 25,000 people in Dresden in a single night in 1945 (pictured).

Harris said openly that the aim of the Bomber Command Offensive “should be unambiguously stated” as “the destruction of German cities, the killing of German workers, and the disruption of civilised life throughout Germany ... the destruction of houses, public utilities, transport and lives, the creation of a refugee problem on an unprecedented scale”.