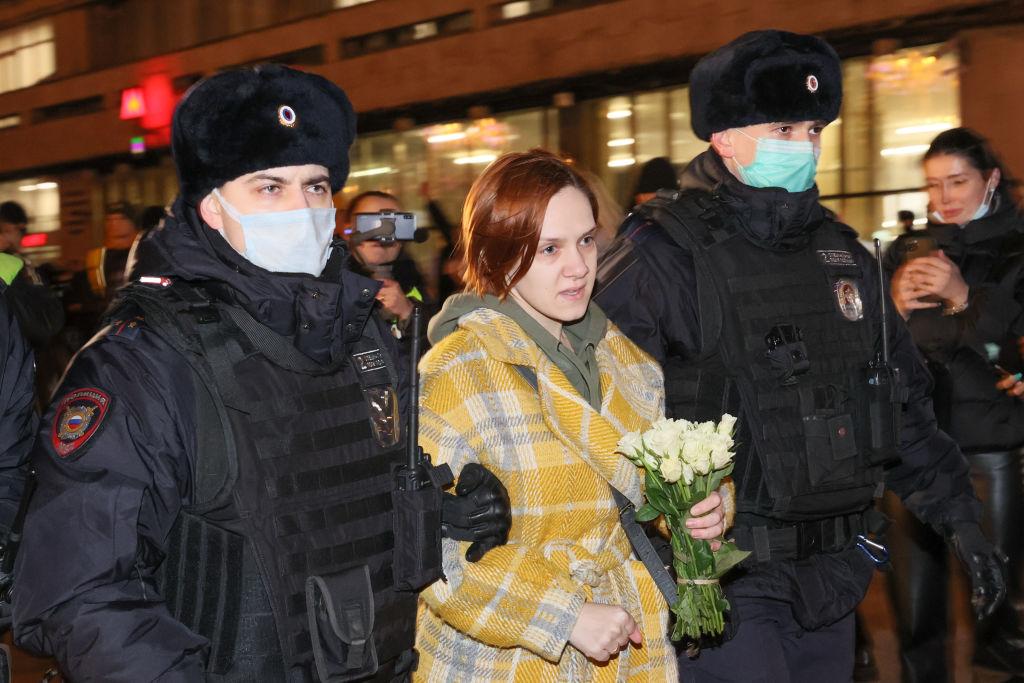 The Russian group Feminist Anti-War Resistance have called on people around the world to challenge the war in Ukraine.

They are among the many groups in Russia who have engaged in mass anti-war protests since the invasion of Ukraine began on 24 February.

“As Russian citizens and feminists, we condemn this war,” they have declared in a recently published manifesto. They added, “It’s necessary to show that feminists are against this war — and any type of war.”

The level of peace activism in Russia has come as a surprise both to experienced peace activists and to Vladimir Putin’s government, with more than 12,000 peace campaigners arrested since the war. Over a million people in Russia have signed petitions against the war.

With organised feminist groups in at least 30 Russian cities, the Feminist Anti-War Resistance network have made clear that they are opposed to all militarism, whether promoted by Putin, NATO or anyone else.

“War means violence, poverty, forced displacement, broken lives, insecurity, and the lack of a future. It is irreconcilable with the essential values and goals of the feminist movement,” they declared.

They added, “War brings with it not only the violence of bombs and bullets but also sexual violence: as history shows, during war, the risk of being raped increases several times for any woman. For these and many other reasons, Russian feminists and those who share feminist value, need to take a strong stand against this war unleashed by the leadership of our country.”

They urged feminists around the world to join peaceful protests, and campaign online and offline “against the war in Ukraine and Putin’s dictatorship”.

The group have also challenged Putin’s advocacy of “traditional values”. They insist that such values “include gender inequality, exploitation of women, and state repression against those whose way of life, self-identification, and actions do not conform with narrow patriarchal norms”.

Meanwhile in the UK, the British armed forces have been accused of covering up reality after claiming to be celebrating International Women's Day. The army took to Twitter, saying that they were “celebrating the history of women in the British army”.

But the Peace Pledge Union (PPU), Britain's leading pacifist organisation, accused the army’s leadership of ignoring shocking revelations about the treatment that young women can expect if they sign up.

Recent research revealed that one in 29 of the young women aged 16 or 17 who joined the army in 2021 had already formally reported being raped or otherwise sexually abused.

Furthermore, of the 4,000 women who gave evidence to a Commons Defence Select Committee inquiry last year, nearly two thirds had experienced abuse, bullying or harassment in the armed forces.

“Militarism is violent and oppressive by its very nature,” said Rachel Melly, a member of the Peace Pledge Union’s elected Council. “An armed force cannot be feminist. International Women’s Day should be about celebrating women’s achievements and campaigning for liberation, not promoting a hierarchical and abusive institution.”