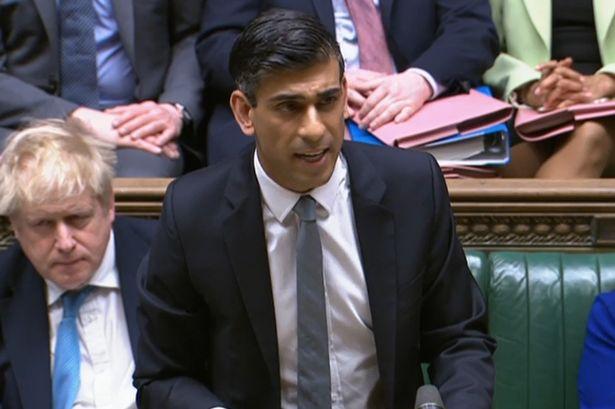 Rishi Sunak has blamed rising inflation and spiralling poverty in the UK on the war in Ukraine - even though they began before the war did.

The Peace Pledge Union (PPU), Britain’s leading pacifist network, accused Sunak of everyday militarism as he gave the impression that reference to war and armed force could be used as an excuse for anything.

In his Spring Statement today, the Chancellor of the Exchequer repeatedly referred to how the war in Ukraine would have economic “consequences” for people in the UK – before referring to the cost-of-living crisis as if it had no relation to the UK government’s own policies.

Sunak also claimed that he was promoting “freedom and democracy” in the face of Putin’s military aggression. The PPU said that his condemnation of Putin’s atrocities would be more meaningful if the UK government were not selling weapons to authoritarian regimes around the world.

“In his Spring Statement, Rishi Sunak repeatedly attempted to use the war in Ukraine to justify rising inflation and spiralling poverty that began well before the war. This is classic everyday militarism. The Chancellor is acting as if war and armed force provide an excuse for anything. Sunak is insulting people suffering in Ukraine as well as insulting the intelligence of people in the UK.

As the British section of War Resisters' International, the Peace Pledge Union works with pacifists and other anti-war campaigners around the world. Throughout the Ukraine crisis, the PPU has remained in regular contact with the Ukrainian Pacifist Movement and with Russian peace activists. The PPU condemned the invasion of Ukraine as soon as it began.

Read more here on the PPU's response to war in Ukraine.