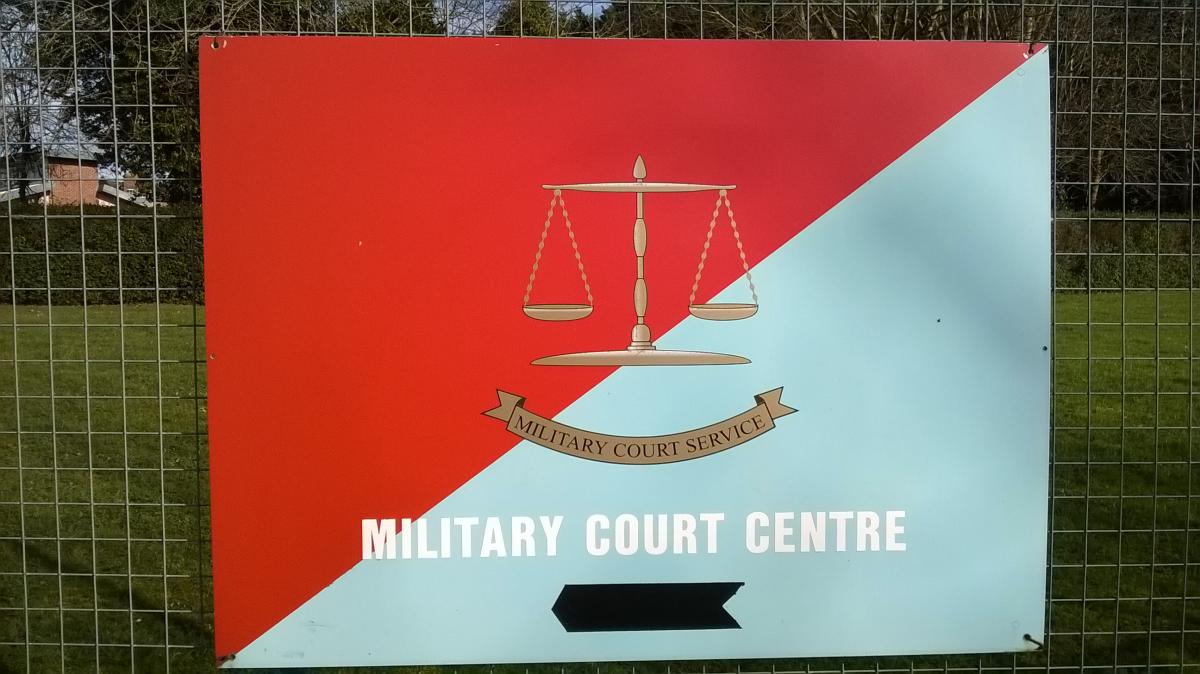 Court-martial proceedings against 16 army instructors accused of abusing teenage boys have collapsed, with all charges dropped in the army's own court. The judge at Bulford Military Court in Wiltshire blamed the Royal Military Police's conduct of the investigation, including an “unacceptable delay” in bringing the case to trial.

During the proceedings, it was revealed that the Military Police had made no arrests until more than two years after around forty 16- and 17-year-old recruits made allegations of abuse against army instructors.

The Military Police blamed the delay in part on “pressure from other more urgent enquiries”. The Peace Pledge Union (PPU) today expressed alarm that the Military Police do not regard investigating the alleged abuse of young people as an urgent priority.

The PPU added that the case should have been investigated by civilian police and tried in civilian courts.

Prior to today, reporting restrictions meant that no details of what was said in court could be reported. The judge, Alan Large, lifted these restrictions this morning.

The PPU said that the collapse of the trial was further evidence that the armed forces should not be allowed to police themselves and to try alleged abusers in their own courts.

The courts-martial began on 12 February, when 16 army instructors at the Army Foundation College in Harrogate went on trial, charged with mistreating 16- and 17-year-old recruits in 2014. The charges included allegations that they had smeared animal faeces into the boys' faces, held their heads under water and repeatedly punched them.

The judge, Alan Large, said, “The rationale behind having a separate justice system to serve the armed forces is that it provides a bespoke service which supports and maintains operational effectiveness. Taking over three years to complete this enquiry has manifestly not achieved that purpose.”

The PPU pointed out that this is just the latest case in which allegations of abuseby the armed forces have not been properly investigated. They noted, for example, that enquiries into suspicious deaths at the Deepcut barracks in Surrey are still ongoing, 23 years after the first of the deaths.

Symon Hill, Co-ordinator of the Peace Pledge Union, said after leaving the court this morning:

“This is outrageous. The Royal Military Police say they were delayed because of 'more urgent enquiries'. It is sickening to think that they do not regard investigating the alleged abuse of 16-year-olds as a priority.

“The Military Police and military courts have a clear conflict of interest. The armed forces are the only organisations allowed to maintain their own police force, to conduct their own criminal trials and to decide whether alleged abusers among their employees should be charged. Imagine if teachers accused of abusing 16-year-old pupils were investigated by their school's own police force and tried by a jury of teachers.

“In a democracy, every organisation must be open to public scrutiny, but the armed forces continue to behave as if they are above the law. We urgently need major changes to ensure that members of the armed forces are subject to the same laws, and share the same rights and responsibilities, as the rest of us.”

In September, two SAS soldiers are due to face a court-martial at Bulford over their alleged responsibility for the deaths of soldiers during training, in a separate incident in 2013. The PPU called today for them to be tried by a civilian court instead.