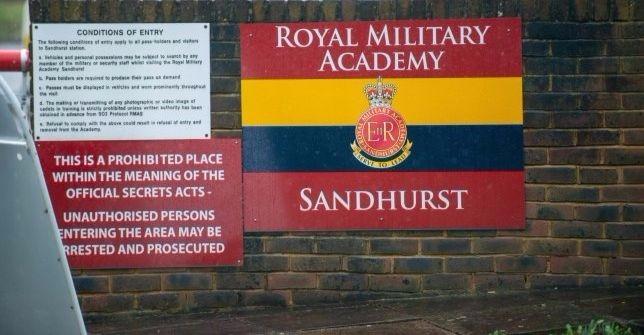 Saudi officers are being trained at military bases in the UK, according to information published under the Freedom of Information Act.

The Peace Pledge Union (PPU) said that the UK government could no longer deny that British armed forces are directly complicit in the war in Yemen. Saudi troops have killed thousands of civilians in Yemen, according to the United Nations, bombing schools, hospitals and other civilian buildings.

Since 2015, 43 Saudi cadet officers have been trained at the Royal Military Academy in Sandhurst, the RAF College in Cranwell and the Britannia Royal Naval College in Dartmouth, according to the results of a Freedom of Information request published by the Guardian's Ben Quinn.

The latest revelation follows the news last October that Saudi pilots are being trained at RAF Valley in Anglesey/ Ynys Môn. Peace campaigners in Wales have demonstrated outside the base in protest.

This week's news comes at the same time that the Campaign Against Arms Trade (CAAT), to which the PPU is affiliated, is in court to challenge the legality of British arms sales to Saudi Arabia.

"There must no longer be any pretence about the UK government's role in the war in Yemen. British troops are training the Saudi troops who are targeting civilians in Yemen. British arms companies are supplying them with weapons. This activity makes a mockery of the repeated but absurd claim that British armed forces uphold freedom and democracy.

"Opinion polls repeatedly show that the majority of people in the UK oppose arms sales to Saudi Arabia and the British government's shameful collusion with the vile Saudi regime. It's time for British ministers and generals to put the wishes of the British people, and the basic principles of human rights, ahead of their devotion to the despots in Riyadh."

PPU members have this week joined demonstrations outside the Royal Courts of Justice in London, in support of CAAT's legal action over arms sales to Saudi Arabia. In 2017, two PPU members - Sam Walton and Dan Woodhouse - were found Not Guilty of criminal damage after attempting to disarm warplanes bound for Saudi use in Yemen.