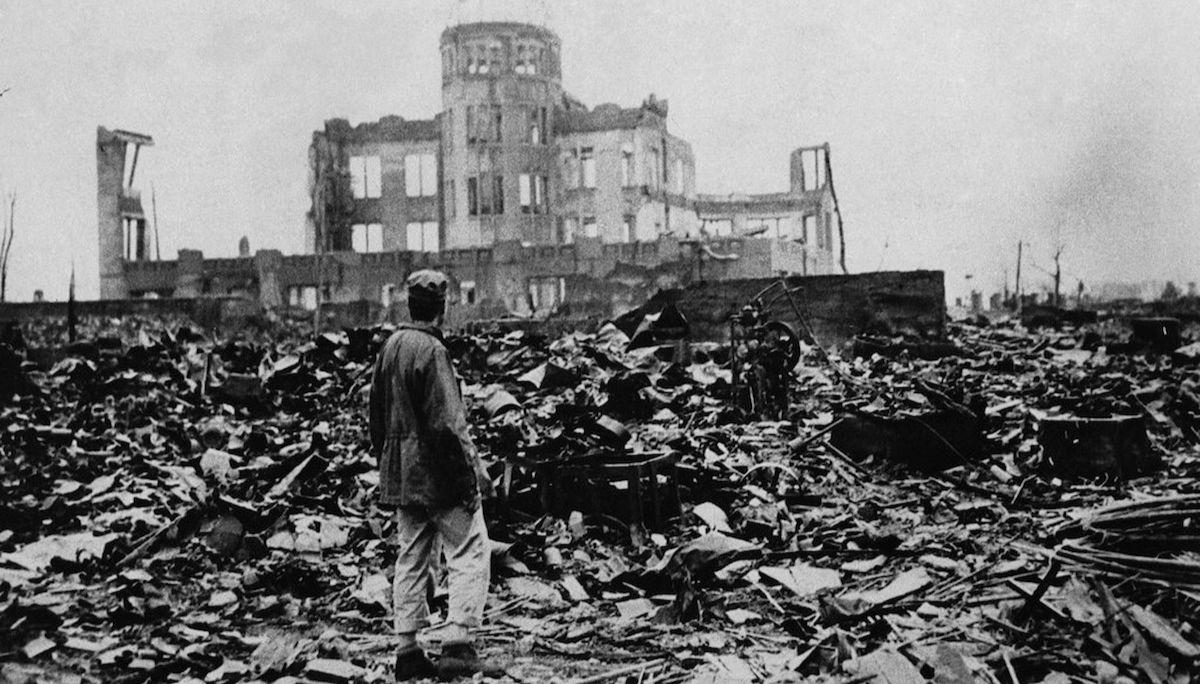 British ministers have been accused of erasing history after announcing plans for VJ Day 75 while ignoring the nuclear bombings of Japan.

The Peace Pledge Union (PPU) said that Boris Johnson and his allies had insulted the hundreds of thousands of people killed in the Hiroshima bombing by failing even to comment on the 75th anniversary of the attack (today).

Announcing plans for the VJ Day anniversary on 15th August, Boris Johnson spoke of the end of World War Two without even mentioning the nuclear bombings of Hiroshima and Nagasaki. Meanwhile, the government's official website for VJ Day 75 squeezes in a brief reference to the bombings at the end of one page.

The PPU said today that Boris Johnson, by speaking about Allied deaths without mentioning Japanese deaths, was bordering on racism by implying that Japanese lives are worth less than British lives.

The PPU, known for their production of white poppies for Remembrance Sunday, insisted that the suffering and deaths of people of all nationalities should be remembered.

The government's newly announced plans for VJ Day 75 include a live message from the Duke of Edinburgh. The PPU urged the Duke to express sorrow for the more than 200,000 people killed in Hiroshima and Nagasaki.

Many PPU members are joining with other peace and human rights organisations in attending memorial events (many online) for Hiroshima Day today. The PPU is also preparing educational materials for VJ Day 75.

“Boris Johnson and his ministers are encouraging us to celebrate VJ Day without even mentioning the nuclear bombings. This is a shameful attempt to erase history and play down the horrors of war.

“The government, armed forces and arms industry have an interest in ignoring the realities of war, particularly nuclear warfare, at a time when their Trident nuclear missile system is being renewed and the UK government is refusing to sign up to the global nuclear ban treaty.

“The government is right to encourage remembrance for Allied troops who died in the war, including the 12,000 British people who died due to horrific mistreatment in Japanese captivity. It gives a lop-sided view of history if Japanese victims are not included as well as British victims and those of other nationalities. Children, as well as adults, are being given a misleading impression of the events of World War Two.”

The US Air Force dropped a nuclear bomb on Hiroshima on 6th August 1945 and on Nagasaki on 9th August 1945. Lower estimates suggest that over 200,000 people died as a direct result of the bombings. Thousands more died afterwards as a result of illness and poverty. Medical care was severely limited due to the destruction of hospitals and the death of medical and nursing staff.

During World War Two, the PPU campaigned against the war, following their pre-war practice of resisting both war and fascism. The PPU had 93,000 members in 1945, when they spoke out against the nuclear bombings of Japan. Shortly after the bombings in 1945, they were denounced in a PPU leaflet entitled Atom War.