Candidates challenged over policies on peace and war 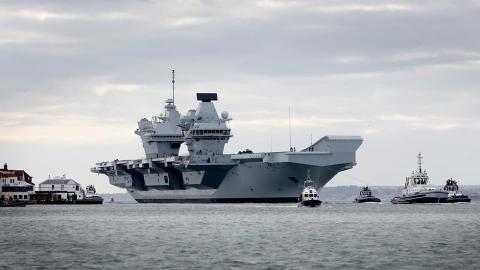 Candidates challenged over policies on peace and war

General election candidates are facing questions over issues including the arms trade, nuclear weapons and militarism in schools.

Members and supporters of the Peace Pledge Union have been contacting candidates to ask for their stance on five key ideas that the PPU believes would significantly reduce militarism and promote peace.

The questions have in some cases produced starkly different answers from candidates within the same party. Labour candidates in particular have varied from almost total agreement with the PPU’s perspectives to strong disagreement.

The five policies identified by the PPU include raising the armed forces recruitment age to 18; ending British military support for the Saudi war in Yemen; ensuring that young people are not exposed to biased and glamorised images of armed force; diverting military spending to tackling real threats such as climate change; and replacing arms industry employment with socially useful jobs.

The PPU is a pacifist organisation whose members include supporters of several parties and none.

The first candidate to declare support for all five proposals was Vix Lothian, Green Party candidate in the Isle of Wight, which is a target set for the Greens. She tweeted her support on the day that the PPU published the questions.

She was closely followed by John Morris, candidate for the Peace Party in Guildford.

Several Labour candidates also expressed support for many of the PPU proposals. Elizabeth Pole, standing for Labour in Tiverton and Honiton, agreed with the PPU’s position on all the questions, save for reducing military spending, about which she was more cautious.

But she agreed with the PPU’s call to replace arms industry with socially useful industries. She also backed the policy of ensuring that armed forces are not presented in schools in a one-sided or glamorised way. Responding to a PPU supporter in her area, she linked this policy to a “commitment to seeking peaceful resolution to conflicts” and added, “I am also mindful of our obligations under the Geneva Convention to promote public education and the teaching of international law.”

However, the PPU expressed disappointment that other Labour candidates were reluctant to back policies for peace. Charlotte Holloway in Plymouth Moor View disagreed about the need to replace the arms industry with other forms of employment, arguing that “industrial change happens gradually” - despite the many examples that history provides of rapid industrial change. But she backed an end to arms exports to Saudi Arabia.

Holloway is aiming to unseat the Tory MP and minister Johnny Mercer, well known for his gung-ho support for militarism. Mercer does not appear to have replied to questions from PPU members in his area.

Another Plymouth constituency, Plymouth Sutton and Devonport, produced a LibDem candidate backing all five PPU proposals. Graham Reed said, “I support your aims and will speak on them as an MP”.

Many Lib Dem candidates have agreed with some PPU proposals but not others. These include several backing the proposal to raise the armed forces recruitment age from 16 to 18, in line with international norms, although this is not the Lib Dems’ official policy.

Plaid Cymru candidates are also supporting calls to raise the recruitment age, which has been a longstanding policy of the party. In more recent years, the Scottish National Party (SNP) has voted to support this policy, although SNP members remain divided over it.

As a pacifist organisation, the PPU does not support any armed forces, but is happy to support reforms that go in the right direction and reduce militarism.

Many PPU supporters have also asked candidates for their views on the Trident nuclear weapons systems and an end to arms sales to oppressive regimes. Such questions have been encouraged by the Campaign for Nuclear Disarmament (CND) and the Campaign Against Arms Trade (CAAT).

Sadly, many candidates have failed to reply to PPU supporters asking about policies on peace and war. Others – such as Labour’s Ben Bradshaw in Exeter - have said they are too busy to do so, and simply referred enquirers to their party manifestos.

The PPU said this was distinctly unhelpful given that several of the issues concerned are not mentioned in many of the manifestos, or relate to policies over which parties are internally divided.

When Conservative and Brexit Party candidates have replied, they have tended to disagree with PPU proposals.

Former Tory minister and Brexit Party candidate Ann Widdecombe replied simply by saying, “I regret that I do not agree with CND” and then ignored all the other questions.

Trident is likely to be a big issue if the election results in a hung parliament. The SNP have suggested that scrapping Trident would be one of their demands for supporting a minority Labour government.

The PPU urged pro-peace and anti-war MPs, whatever party they belong to, to stick to their principles in any negotiations following the election of a hung parliament.

If you hav asked candidates the PPU’s questions, or asked them other questions about related issues, please let us know their answers! You can email mail@ppu.org.uk or call us on 020 7424 9444.