D-Day hypocrisy: Trump and May talk peace and wage war 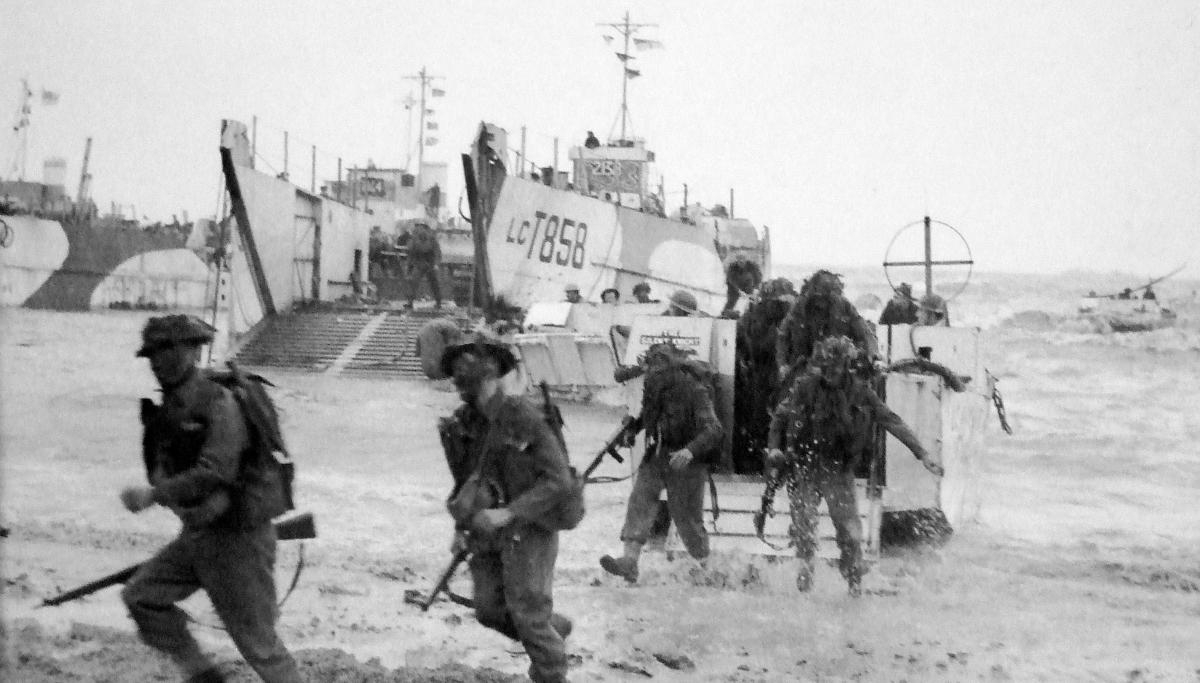 D-Day hypocrisy: Trump and May talk peace and wage war

Theresa May and Donald Trump have been accused of abusing the memory of people who died on D-Day by using the 75th anniversary to ramp up support for military force today. At an event in Portsmouth today (5 June) they participated in military celebrations while praising NATO and the UK's military support for the US.

The Peace Pledge Union (PPU) said they were disgusted by the hypocrisy of a statement by 16 world leaders, including May and Trump, saying they wanted to "resolve international tensions peacefully". Trump is threatening war with Iran and Venezuela, while Tory leadership candidates are promising substantial increases to military budgets in the UK.

The PPU also said that a number of politicians are romanticising D-Day through constant references to heroism and sacrifice with little focus on the suffering of those involved. They added that the D-Day invasion in 1944 had at least as much to do with securing US-UK control of Europe as with defeating Fascism.

At the time of D-Day the PPU called on the Allied governments to attempt a negotiated peace and to work with people in Germany who were hostile to Hitler, as well as with resistance movements elsewhere in Europe.

Instead, millions more people died over the following year, with the Allied powers in several places suppressing left-wing anti-Nazi resistance movements if they were seen to threaten US and UK government interests.

“Many people who fought on D-Day were undoubtedly motivated by a desire to defeat Fascism. It is difficult to see such motives in the politicians and generals who sent them to fight. In 1944, the Nazi regime was weakening, with successes for resistance movements and growing opposition to Hitler within Germany. Rather than supporting such resistance, Churchill, Roosevelt and Stalin insisted on sending more troops to kill and die, and on bombing thousands of civilians, to cement their own power in Europe.

“With similar hypocrisy, Theresa May now praises the defeat of Fascism while sucking up to a far-right US President. The memory of the people who died on D-Day is being abused when politicians use the anniversary to ramp up militarism.”

Shortly after D-Day, the PPU described the Allied invasion and bombing of Europe as “liberation through devastation”. At the same time, they praised many anti-Fascist movements, including a successful general strike in Denmark that had weakened Nazi occupation.

However, on several occasions in the Second World War, US and UK authorities suppressed left-wing anti-Nazi resistance movements to ensure that they did not take power after the defeat of the Nazis. In Greece in 1944, British commanders used former members of pro-Nazi militias to fight members of communist resisters. In Italy, US and UK authorities suppressed local committees that had taken power after the fall of Fascism, returning factories that had been taken in public ownership back to their wealthy owners, even when those owners had supported and funded the Mussolini regime.

On  30 June 1944, the PPU chairman Alex Wood wrote that the PPU was as committed to defeating Nazism as those who were fighting, but that "I do not believe that, in fact, that the evils which we abhor in the Nazi regime can be overcome by fighting the Nazis, much less by fighting all Germans... Many are concerned about the starvation in occupied countries and disquieted by the policy of obliteration bombing. Many do not accept the facile identification of the whole German people with the evil things that have been done in their name."