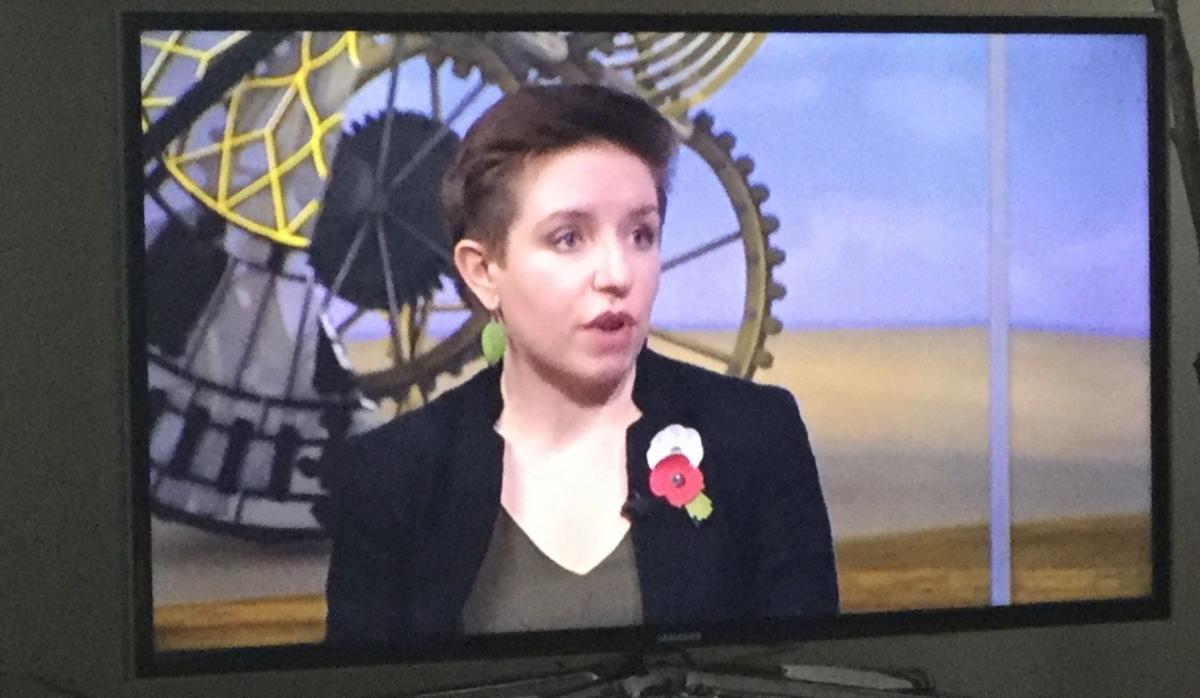 General election candidates from several parties have been attacked in parts of the media for wearing white poppies.

The Peace Pledge Union, who produce and distribute white poppies, expressed disapointment about the attacks on white poppy-wearing candidates. The PPU said that various candidates from at least six parties have been wearing white poppies in the run-up to Remembrance Day. White poppies stand for remembrance for all victims of war, a commtiment to peace and a rejection of militarism.

This weekend, Labour candidate Mhairi Threlfall was the subject of a vicious attack in The Sun for a Facebook post she wrote five years ago encouraging people to wear white poppies. She now wears a red and a white poppy together. She is standing in Filton and Bradley Stoke, in Gloucestershire.

The Green Party's co-leaders in England and Wales were insulted on social media for wearing white poppies when the Greens launched their election campaign last week.

There have been similar criticims of Carla Denyer, the Green candidate in their target seat of Bristol West (pictured), who wears a white poppy alongside a red one. Her colleague Conan Connolly, a military veteran standing for the Greens in Bristol East, is also wearing a white poppy.

Other candidates to wear a white poppy this year include Labour's Anna Perrett, contesting York Outer.

The SNP's Mhairi Black, MP for Paisley and Renfrewshire South, has tweeted photos of her campaign team in which several of them are wearing white poppies. Leading members of Plaid Cymru, including Assembly members Leanne Wood and Bethan Sayed, are also regular white poppy wearers. The national organiser of the Peace Party, John Morris, is wearing a white poppy while campaigning as a candidate in Guildford.

Labour leader Jeremy Corbyn had been known to wear a white poppy alongside a red one when he was a backbencher, but has worn only a red poppy since becoming Leader of the Opposition. The PPU today expressed disappointment that he did not wear a white poppy when laying his wreath at the Cenotaph this morning. However, he wrote "let us strive for a world of peace" on the message he attached to the wreath.

The PPU pointed out that white poppies are worn by supporters of many parties and of none.

Meanwhile, white poppy-based remembrance ceremonies have been taking place around the UK today, to remember all victims of war of all nationalities and to demonstrate a commitment to peace.