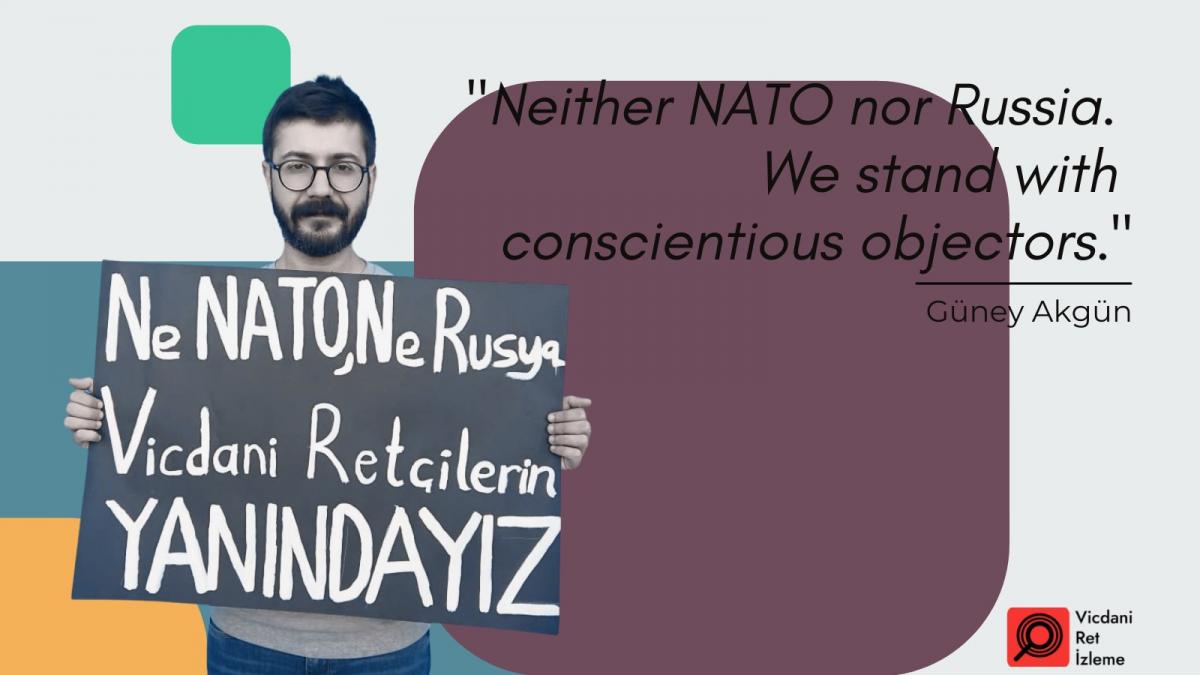 There were protests and vigils around the world yesterday (15 May) to celebrate and support concientious objectors past and present.

Countries such as Colombia and Turkey saw demonstrations calling for the abolition of conscription.

In many places there were particular messages of support for conscientious objectors in Russia, Ukraine and Belarus.

In Finland, protests against conscription were combined with demonstrations against the Finnish government’s decision to join NATO.

In the UK, hundreds of people took part – either in person or online – in a ceremony in London’s Tavistock Square. It was the first time that CO Day had involved an in-person ceremony in London for three years, due to the Covid pandemic.

The ceremony was organised by a collection of peace and human rights groups, including the Peace Pledge Union (PPU), Conscience and the Fellowship of Reconciliation.

Other towns and cities to host events in the UK included Leicester, Brighton, Edinburgh, Sunderland and Wokingham.

The Movement of Conscientious Objection in Russia published a statement offering “solidarity with all those who oppose war, with everyone who stands against the act of aggression”. They added, “We wish and pray, with all our might, for Ukraine to survive the assault and retain its independence”.

Meanwhile, the Ukrainian Pacifist Movement declared, “We condemn the practice of forcing civilians to conduct military service, to perform military tasks and to support the army against the will of peaceful people in Ukraine and Russia.”

In the UK, the Peace Pledge Union called on Home Secretary Priti Patel to offer asylum to Russians who refuse to fight in Ukraine. They pointed to growing evidence that hundreds of Russian troops are questioning or disobeying their orders.

The ceremony began with a welcome by pacifist actor and playwright Michael Mears. Semih Sapmaz of War Resisters’ International spoke about the number of people imprisoned in countries including Eritrea and Israel for reufsing to fight. He delivered messages from peace campaigners in Russia and Ukraine, which were greeted with enthusiastic applause.

“Conscientious objection isn’t something you do once,” Israeli peace activist Sahar Vardi said at the London ceremony, as she urged people to be conscientious objectors to war and militarism all their lives. Sahar has served three prison sentences in Israel for refusing to fight.

Online participants in the ceremony included Donald Saunders, now 97, in North Wales. It was 79 years to the day since Donald, then 18, had appeared before a tribunal to present himself as a conscientious objector in World War Two.

In Turkey, opponents of conscription posted pictures of themselves on social media holding up anti-militarist and pro-objection messages.

In Finland, peace groups strongly challenged critics who accused them of being “Putinists” for challenging conscription and NATO membership. Organisers of the demonstration had said that supporters of Russia’s invasion of Ukraine were not welcome.

The Peace Pledge Union is a group of people who pledge to reject war and to tackle its causes. We are the British section of War Resisters’ International. Join us!