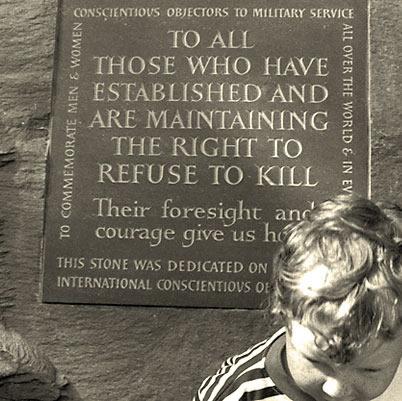 The UK government has been accused of airbrushing out key aspects of World War One history with its events to mark the centenary of the outbreak of the Battle of Passchendaele today (31 July). The criticism came as Defence Secretary Michael Fallon claimed that British troops involved in the battle had "fought to defend the cause of freedom".

The Peace Pledge Union (PPU) said the commemorative events were largely ignoring the mutinies and rebellions that are central to any accurate story of the battle.

The PPU pointed out that the battle followed large-scale mutinies in the French army in 1917, which led British forces to take the lead role in a major assault on German positions.

British authorities feared the spread of mutiny to their own ranks as signs of opposition to the war spread both at home and at the front. At least one major mutiny by British troops - at the training base of Etaples - broke out while the Battle of Passchendaele was underway.

The PPU - which grew out of the conscientious objectors' movement in World War One - said today that the war would have ended, and hundreds of thousands of deaths avoided, if British and German soldiers had followed the French example and refused to fight.

"100 years on, government ministers and armed forces leaders are still trying to present Passchendaele as something heroic. Nearly half a million people died in the battle, which should be remembered as a horrific and unnecessary slaughter that resulted from a missed opportunity to end the war. British commanders agreed to launch a major assault on German troops after their French allies struggled to cope with thousands of troops mutinying.

"If only British and German troops had followed the French soldiers' example of refusing orders to fight, they could have ended the war. The centenary is an opportunity to remind ourselves that war will end when people refuse to go along with it."

Widespread mutinies broke out among French troops on the Western Front from April 1917. Up to 40,000 French troops are estimated to have been involved. The majority of mutinies were nonviolent, centred around a refusal to fight. The British assault that became the Battle of Passchendaele followed the partial collapse of the French army as the result of the mutinies.

At least one major mutiny of British troops occurred while the Battle of Passchendaele was underway. It took place at the training base of Etaples, in September 1917.

Amongst other projects, the Peace Pledge Union runs The Men Who Said No, a website exploring the stories of conscientious objectors in World War One.