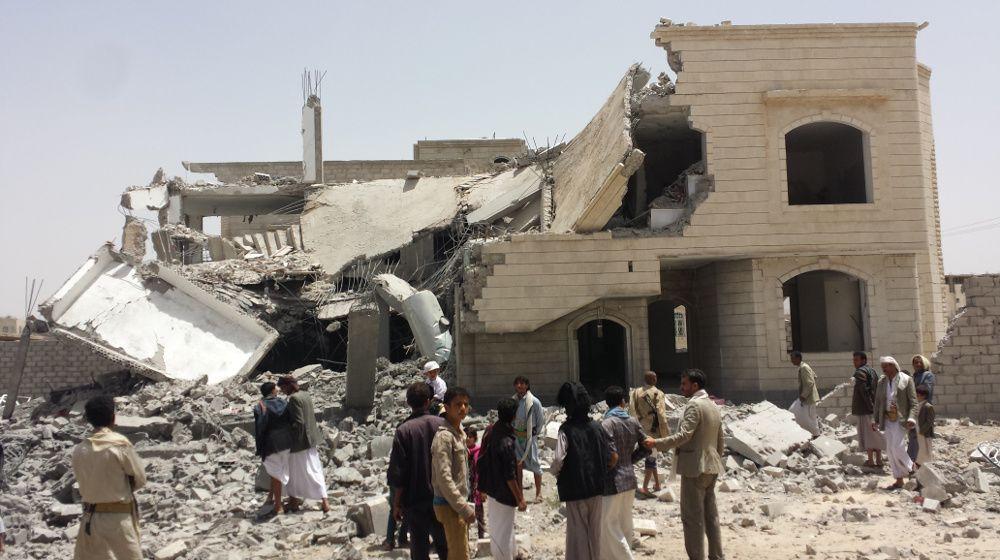 The Welsh government has been urged to withhold support for a new military training airfield at Llanbedr in north-west Wales.

The RAF is expected to use the site for training pilots from Saudi Arabia – at a time when Saudi forces are bombing civilians in Yemen.

Snowdonia Aerospace, who rent the site from the Welsh government, say that the RAF need the new airfield because of lack of space at the existing training facility at RAF Valley on Ynys Mon (Anglesey). That site has already drawn widespread criticism for training Saudi troops in the last two years.

Two organisations have today written jointly to all Members of the Senedd and all Welsh MPs with a bilingual briefing about the problems with the plan.

Cymdeithas y Cymod (the Fellowship of Reconciliation in Wales) and the Peace Pledge Union say that people in Wales, and the UK as a whole, will not benefit from yet more preparations for war, by either UK or Saudi forces.

The two groups also question Snowdonia Aerospace's claims about the number of jobs that the plan will create, for which the company has provided no evidence. With both organisations having members who live in the area, they raise concerns about the environmental impact and noise levels.

“30 Saudi pilots were trained in RAF Valley again last year and now this expansion will massively increase the number of flights by opening the Llanbedr airspace for RAF training use. We cannot simply sit back and pretend that all is well while innocent civilians are being maimed and killed in Yemen and other countries. Arms companies and military power will never bring peace and money spent on these so-called developments could be used to secure real jobs to develop the north-west Wales economy sustainably for the long term.”

“Over 20,000 people have been killed in Yemen and 16 million are going hungry. Should Wales, should Britain, be part of making this disaster worse? No wonder so many people in north-west Wales are objecting. They are being asked to live with unbearable noise levels and environmental damage for the sake of the military interests of the UK and Saudi governments. Armed force cannot solve the real threats the world faces, such as pandemics, poverty and climate change.”

Cymdeithas y Cymod and the Peace Pledge Union have produced a briefing about the issues (giving the sources of the relevant facts and statistics). You can read it in Welsh here or in English here.

The Peace Pledge Union and Cymdeithas y Cymod have produced advice about writing to your MP and/or your Members of the Senedd about the dangers of a military training site at Llanbedr.

Thanks to Ibrahem Qasim for the above photograph (used under Creative Commons), showing a house destroyed by bombing in Sanaa in Yemen.