White poppy remembrance ceremonies to be held around Britain 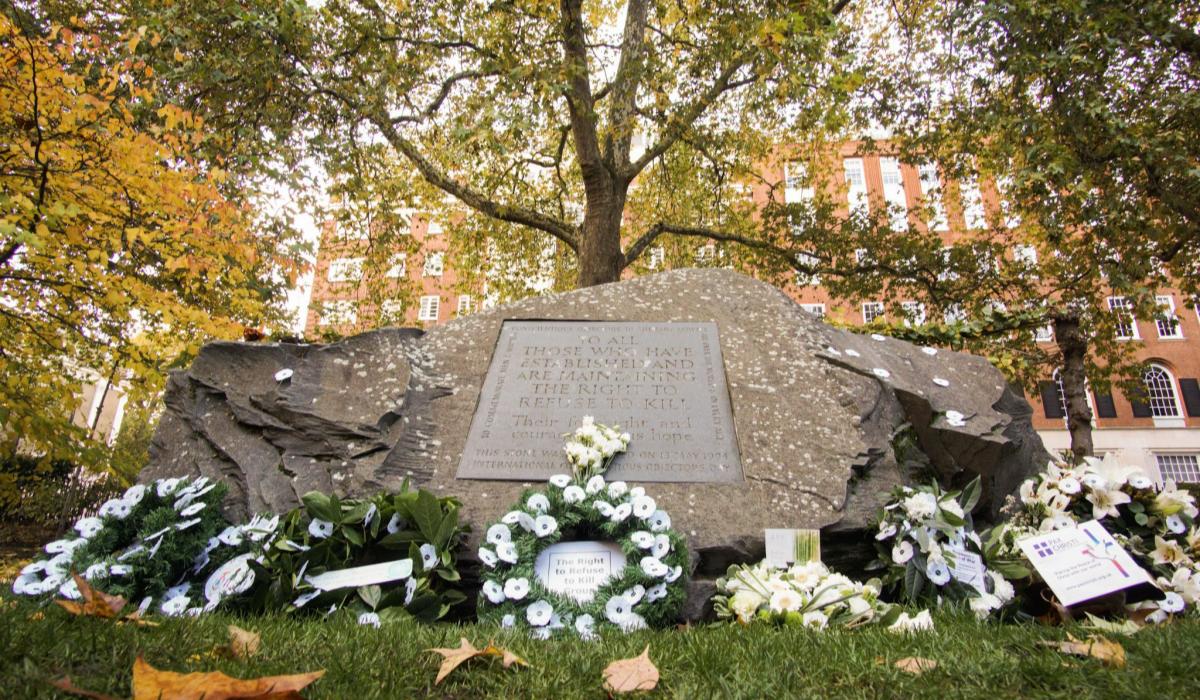 White poppy remembrance ceremonies to be held around Britain

White poppy wearers will hold alternative Remembrance events to remember all victims of war and to commit themselves to peace.

Planned events include wreath-laying ceremonies, vigils and in some cases theatrical and singing events. Most are secular events for people of any religion or none, although some are organised by white poppy wearers in particular religious traditions, while nonetheless being open to others.

There will be two minutes' silence for all victims of war of all nationalities. Wreaths of white poppies will be paid. Speakers will include representatives of London Students for Yemen, who will read out a message sent by people in Yemen as they experience the reality of the war there.

The PPU is also supporting an event on Saturday called Remember Refugees, organised by Lesbians and Gays Support the Migrants (LGSMigrants). Wreaths will be paid in remembrance of people who have died while seeking refuge, often from war.

In addition, Veterans for Peace will hold their annual march to the Cenotaph at 1.00pm, laying wreaths to remember all victims of war.

One of the most dramatic events will take place in Manchester, with the performance at the Royal Exchange Theatre of 24 Hours of Peace by Neil Bartlett. Actors will perform the words of 100 contemporary peacebuilders over a period of 24 hours between 11.00am on Saturday and 11.00am on Sunday, when the two minutes' silence is held.

In Bristol, there will be a walk of remembrance around the city, visiting arms companies and other military institutions that are complicit in perpetuating war today. There will be Songs for Peace in Bradford and remembrance-related craft events in Dundee, Edinburgh and Glasgow. Many towns - from Paisley to Bolton to Stowmarket to Hastings - will hold white poppy wreath-laying ceremonies.

Meanwhile in Chichester, the annual remembrance lecture will be given by pacifist author and PPU member Tim Gee, on the topic of 'Stopping wars before they start'.

The cosmetics company Lush will be holding a major white poppy-related event at its flagship store in London's Oxford Street on Friday and Saturday, with white poppies on sale and the proceeds from sales of Lush's Charity Pot Hand & Body Lotion going to the Peace Pledge Union.

White poppies, which are produced by the Peace Pledge Union, represent remembrance for all victims of war, both civilians and armed forces personnel, of all nationalities, along with a commitment to peace and a rejection of militarism.

You can buy white poppies from a range of shops, cafes and other outlets, or online from the Peace Pledge Union.