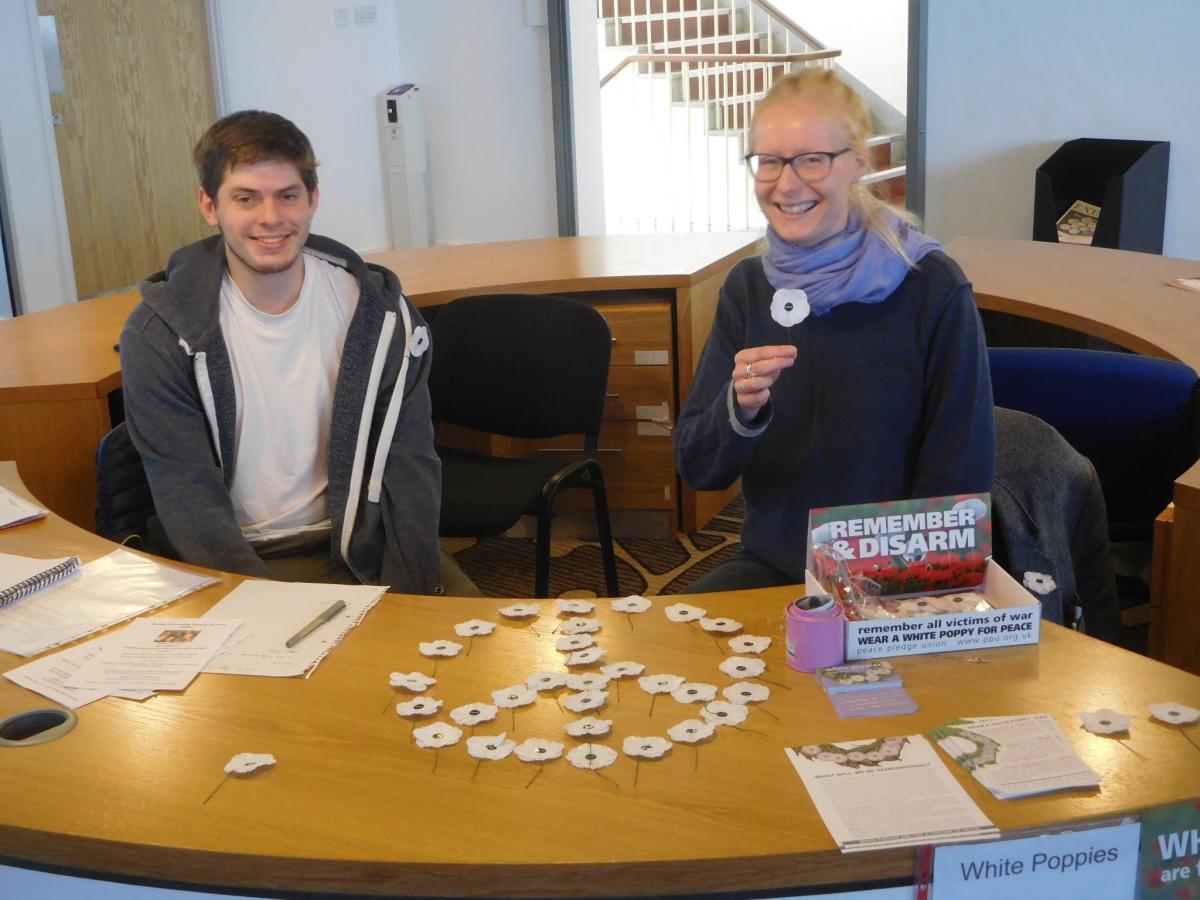 The Peace Pledge Union – the organisation that supplies and distributes white poppies - has sold 119,555 white poppies this year, as of the end of yesterday (Wednesday 7 November). The number is bound to rise further in the remaining days until Remembrance Sunday.

The PPU said that the rise in sales was a sign of more and more people wishing to remember victims of war by working for peace. They said they represent growing resistance to narrow nationalistic agendas that confine remembrance to the British armed forces.

The Royal British Legion, who produce red poppies, argue that remembrance should be concerned only with British and allied armed forces personnel. They also say that the red poppy demonstrates “support for the armed forces”.

News of the record-breaking white poppy sales comes as the PPU and other peace organisations prepare for Alternative Remembrance Sunday Ceremonies in London and elsewhere this weekend.

“In a world where the news is full of violence and the rise of nationalism, it is encouraging to see so many people upholding different values. In the centenary of the end of World War One, revulsion at the wastefulness of war is leading many people to remember the victims of war by working for peace.

“Of course we are very pleased to have distributed so many white poppies but it is the meaning behind the symbol that matters. If everyone who wears a white poppy takes action against militarism and war, and works for peace and active nonviolence, that would be a fitting memorial to the millions of civilians and combatants whose lives have been
wasted in war.”

At a local level, groups selling white poppies often give money raised to charities supporting victims of war. Many white poppy wearers also make donations to charities supporting people affected by war. At a national level, any more raised above the cost of production and distribution goes towards the PPU's education and campaigning work, promoting nonviolent approaches to conflict and challenging militarism.