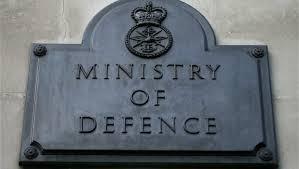 The army have been accused of coming up with their most absurd excuse yet for their recruitment problems after suggesting that changing rules on facial hair will lead to more recruits.

The army's leadership reportedly fear that the ban on beards is putting off "fashion-conscious young men" from signing up.

The Peace Pledge Union (PPU) said it was the latest sign of a military leadership increasingly out of touch with reality. The army have been missing their recruitment targets for several years.

The PPU said that this has more to do with the unwillingness of young people to sign up for unquestioning obedience and violence than it has to do with beards.

Symon Hill, the (bearded) co-ordinator of the Peace Pledge Union, said, "In the last few years, the army has clutched at straws to explain the recruitment crisis. They've advertised in magazines for young women, produced adverts insisting that Muslims are welcome in the army, run recruitment stalls at LGBT Pride events and claimed that soldiers can have "flexible working" arrangements.

"I thought the army were sounding desperate when they blamed the lack of recruitment on young people spending too much time on social media. Now they've gone from the offensive to the ridiculous. The army doesn't just take away your right to grow a beard. The army takes away your rights to express opinions, join a trade union, leave your job or follow your own conscience."

The PPU added that it is not rules on facial hair that need changing but the whole approach to security. They said that the existence of armed forces does not make people in Britain safer but contributes to making the whole world less safe.

The Peace Pledge Union is a union of people who have pledged to reject war and to work against the causes of war. PPU members are, of course, free to make their own decisions about facial hair - and to follow their consciences.